‘Hatching Twitter‘, a new book written by New York Times reporter Nick Bilton follows the trials and travails of the company’s journey from fledgeling startup to imminent IPO. The reviews have been excellent so far. Should you buy it? These are the top five reviews you need to read.

At just under 300 pages, “Hatching Twitter” is a compelling read, written accessibly, so as to not alienate the Twitter uninitiated, but paced briskly enough that tech insiders won’t feel bored. And, much like the many tales of Facebook’s founding that have preceded it, Bilton’s book has a flair for the dramatic — obvious fodder for the inevitable Hollywood adaptation. (Its release also happens to be perfectly timed; the book hits shelves on Tuesday, Nov. 5, two days before the company’s expected initial public offering.)

Isaac praised the tone. He enjoyed the dramatic tone and found it was a compelling read. Some outlets have even predicted that it could become a movie too.

One of the book’s great qualities is that it shines light not just on conflicting personalities, but how those personalities influenced what Twitter is, and what it was and what it might have been. Hatching Twitter describes an essential conflict between Ev and Jack on how they viewed things. “Jack had continued to see Twitter as a way to talk about what was happening to him. Ev was starting to see it as a view into what was happening in the world.”

The most interesting aspect of this story is that Bilton was expertly able to capture the founder’s clashing personalities. The book captured these battles well and is impressive considering what Twitter has ultimately become as the IPO creeps closer.

It’s hard at times to keep track of who is in, and who’s out. Co-founder Evan Williams, who financed Twitter with the millions he made from selling Blogger to Google, is jettisoned as CEO. Co-founder Jack Dorsey is CEO – until he isn’t. Even current CEO Dick Costolo was deposed – albeit before taking the top job – as chief operating officer in 2010. (He became CEO when Williams was toppled later that year.)

What emerges is a tale not unlike that of Facebook. Co-founder Noah Glass is eventually shoved to the corporate curb by Dorsey – the equivalent of Eduardo Saverin to Mark Zuckerberg at Facebook.

A few weeks ago, an excerpt from the book appeared in the New York Times revealing the role Dorsey played behind the scenes. This segment of the novel demonstrated how vicious it was for these co-founders to create this platform. It’s hard to ignore the similarities to the founding of Facebook.

As the company became successful, ­secrecy and power plays inevitably ensued. Bilton infuses genuine drama into the alliances and ousters and betrayals that saw Glass fired and Dorsey made C.E.O., and then Dorsey forced out, with Williams at the helm, and finally Williams himself unceremoniously demoted on Dorsey’s triumphant return. He shows how the money guys swooped in, cleaned house and ended up taking over. Though a sympathetic figure in the book’s early pages, Dorsey emerges in “Hatching Twitter” as the most bizarre and unlikable of the founders, the most chillingly ambitious. In Bilton’s telling, he intentionally transformed himself into a facsimile of Steve Jobs, adopting a daily uniform, wearing the same round glasses for a time, copying weekly schedules and even emulating his idol’s fondness for the Beatles.

The book does play out like a movie but the most captivating part is how long it goes on for. Jack Dorsey is portrayed as the villain but he may deserve that moniker. His machinations have thrusted him into the national spotlight and that may not be deserved.

Twitter, Mr. Bilton trenchantly observes, “continued to evolve in a fashion that none of [the founders] could have predicted.” Its success hinged as much on external events, chance encounters and incredibly good timing as it did on any original sense that the founders had of what purpose the platform might serve. If Apple hadn’t jumped on podcasts exactly when it did, Odeo’s urgent pivot to Twitter might not have happened at all. If Mr. Glass’s relationship with his wife wasn’t breaking apart, he might not have had the inspiration for a product that could make people feel “less alone.” Had a small earthquake not struck the Bay Area in August 2006, the team might not have recognized the power of its platform to share common experiences in real time. In short, if any of these events had broken slightly differently, the Twitter idea might well have fizzled.

Twitter is still evolving. It’s role in various world events such as the Arab Spring is worth mentioning too. However, Shaywitz thinks its creators never recognized the potential for it. Ultimately, the micro-blogging service is still growing. 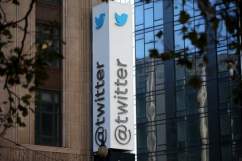 Read More
Jack Dorsey, Technology, Twitter
'Hatching Twitter', a new book about the creation of Twitter is out but should you read it? Here are the top five reviews you need to read.