This is the two-seater VC200, a potentially revolutionary machine that could make helicopters much more simple. That may seem backwards, since most helicopters have two blades, but there’s a lot of shenanigans and complexity involved with using two blades for stable and steady motion, that’s much less so with 18.

Still, the Volocopter is just barely getting its wings, er blades. Some of the first radio-controlled tests took place recently on November 17th as shown in this video and the copter was able to fly about 20 minutes with still some battery capacity remaining.

The team was excited about its “stability, low vibration, and pleasant, sonorous sound.”

It remains to be seen how practical and usable these will be, but if helicopters were simpler and cheaper, the versatile crafts might even be usable for commuters, and that would be awesome. 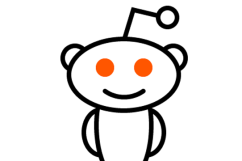