After being released to the general public on October 17, 2013, Windows 8.1 is finally getting an update. The first update to Windows 8.1 is expected to hit sometime in early April. Here are some of the most exciting rumors we’ve heard so far about Windows 8.1 Update 1.

1. The Original Launch Was Pushed Back

ZDNet’s Mary Jo Foley is predicting that the update will be “pushed to users on April 8.” Previously, the expected push date was predicted to be March 11. Foley argues that the reason the launch was pushed back is simply because the March date was “fairly ambitious.”

Use a mouse? Then you'll likely love the upcoming Windows 8.1 update http://t.co/apFXjnUlrI

Working off a leaked version of Windows 8.1 Update 1, TechSpot reports that Update 1 is likely to appeal to keyboard and mouse fans. TechSpot writes:

“You’ll also be able to bring up the Windows taskbar from Metro apps by hovering your mouse along the bottom of the screen, and the taskbar will be customizable with both desktop and Metro apps so you can switch between them or access window previews…The changes are clearly meant to optimize mouse and keyboard performance as most will only be apparent, or enabled by default, on PCs.”

InfoWorld writes that all Metro apps will get new icons in a bar at the top. Using these icons, a person can easily split, minimize, or close the app.

In a different article about Update 1, InfoWorld wrote that this Win 8.1.1 change could have some issues:

“It appears as if the icon sites on a bar that takes up the top part of the Metro screen, which may cause heartburn for any Metro apps that expect to use all of the screen.”

Probably best waiting to call Windows 8.1 Update 1 a “frankenstein” until it’s actually announced. Nobody knows exactly how it’ll work yet

In an exclusive on McAkins Online, it was reported that Update 1 would allow for users to pull up the Taskbar at any time. This can be done by moving the mouse to the bottom of the screen, or by using the shortcut Windows Key + T.

According to InformationWeek, the Windows 8.1 Update 1 will allow users to access a tool for tracking disk space. Users will be able to quickly see how much “disk space is being used by apps, media and files, and the Recycle Bin.” 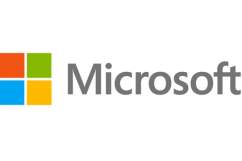