Google Glass is a cool bit of technology, but how exactly does it work? Learn everything you need to know about Glass here, before it goes on sale.

The video above outlines how Glass works, and gives you a peek at what the world looks like through Glass.

Glass is a headset with a small display that rests over your right eye. The headset can be worn independently, or attached to prescription glasses. The display keeps you informed about any incoming emails, calls, or other notifications. The Glass interface is not designed to work alone: you will need to sync it with a smartphone to use it properly.

There are two main ways to control your Glass interface. You can control some things from a touchpad on the side of the device. Additionally, you can use voice commands to instruct Glass. You simply say “Okay, Glass,” followed by your request. You can ask Glass to launch an app, record a video, take a snapshot, or call someone, for example.

3. Features and Apps of Google Glass

While Glass doesn’t have a huge variety of apps, that is expected to change in the coming months. Glass is still in Beta, with the public only getting their first shot at buying Glass on April 15, 2014. Once there are more members of the public than developers using Glass, it is likely that demand for new apps on Glass will increase.

In addition to helping you take calls and review emails, Glass has a number of apps that are quite useful. Glass-Apps.org has a full list of apps for Glass. Some of the best include WatchMeTalk, which provides live captioning for the hard-of-hearing; AR Glass, which pulls info from Wikipedia into an augmented reality display of your current surroundings; and Homework for Glass, which lets you figure out what homework you have to worry about by simply asking Glass, “What’s new?”

4. Things That Google Glass Does Not Do (Yet)

ABC News notes that Google Glass does have some limitations. Among these limitations include lack of visual search and the inability to email photos.

Connecting to a network is also difficult, ABC News notes:

“Setting up Glass on a home and open wireless network is easy, but when you move beyond that, things get complicated. You can’t connect to a wireless network that requires you to sign on via a webpage. You also can’t use 4G or LTE if you’re Android phone doesn’t support Bluetooth tethering. While you can use your iPhone with the glasses, it doesn’t support text messages or GPS directions.”

ABC News also notes that, for the time being, Glass is harder for lefties to use: “Google doesn’t have plans at the moment to make a left-sided pair; it says most people are right-eye dominant.”

ABC also notes that iPhones are Glass-compatible, but support for Glass is much “deeper” on Android phones.

5. What Is Google Glass Explorer Edition?

There has been some speculation that the 1-day public sale of Google Glass on April 15, 2014 is designed to act as a “clearance” event. This sale may allow Google to sell off the rest of the Explorer Edition stock, making room in their warehouses for a new, updated version of Glass. 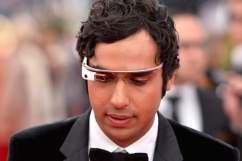