Here’s what you need to know about the scandal that’s rocking Mozilla, the makers of Firefox.

Mozilla CEO Brendan Eich steps down from the company he cofounded: http://t.co/FPSxxaPZHj

“Brendan Eich has chosen to step down from his role as CEO. He’s made this decision for Mozilla and our community.

Mozilla believes both in equality and freedom of speech. Equality is necessary for meaningful speech. And you need free speech to fight for equality. Figuring out how to stand for both at the same time can be hard.

Our organizational culture reflects diversity and inclusiveness. We welcome contributions from everyone regardless of age, culture, ethnicity, gender, gender-identity, language, race, sexual orientation, geographical location and religious views. Mozilla supports equality for all.”

2. Eich’s Scandal May Be Linked to Mozilla Board Resignations

The pity storm for Brendan Eich is starting, but my sympathy is for all the gay couples he helped 'reclaim' marriage from in 2008.

“But each of their departures seems to have been only tangentially related to Eich’s appointment — though none of them supported his selection as CEO, according to numerous sources, for other reasons — and not to the controversy over Prop 8.”

3. New Mozilla CEO Yet to Be Named

You would think that the forward thinking person that invented Javascript would be more socially progressive. http://t.co/Q4RpD7HXXS

The official Mozilla blog notes that “What’s next for Mozilla’s leadership is still being discussed.” Mozilla has yet to name a new CEO, though it’s a safe bet that whoever gets the job next will have more tolerant political views.

4. Eich Believes Mozilla Was Under Threat Due to His Past

Lesson from Brendan Eich: don't give money to a cause that you'll disown if anyone calls you out about it http://t.co/AtRhwAaDCN

In an interview with CNET, Eich stated that the media firestorm around his past political donations put Mozilla at risk. When asked whether people should judge executives by their political beliefs, Eich said:

“For Mozilla, it’s problematic because of our principles of inclusiveness…We have to be careful to put the principles of inclusiveness first. I can see how other companies might have different reasons for existence and might take a different approach. I’m not going to say all companies have to have the same principles, but for Mozilla, that’s always been how we’ve operated. It’s how I’ve always operated in open communities, in open source, and at Mozilla.”

Have waited too long to say this. I'm an employee of @mozilla and I'm asking @brendaneich to step down as CEO.

Eich was appointed as CEO on March 24. Just three days later, on March 27, Mozilla employees took to Twitter to demand that Eich resign because of his anti-gay political views.

Eich resigned on April 3, meaning he held the CEO position at Mozilla for just 11 days. 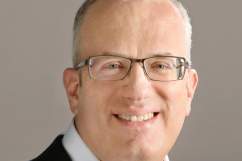