Mozilla‘s new CEO Brendan Eich is under fire for his anti-gay stance. Here’s what you need to know about this controversial tech figure who heads up the company that brought you Firefox.

Like many @Mozilla staff, I'm taking a stand. I do not support the Board's appointment of @BrendanEich as CEO. #Prop8 http://t.co/msKVNjuhgR

Computerworld reports that Eich was made CEO on March 24. Since his appointment, numerous tech insiders have called out Eich for his past support of anti-gay legislation.

“In 2008, during the run-up to the passage of California’s Proposition 8, Eich contributed $1,000 to ProtectMarriage.com, a collection of conservative and religious political activist groups that supported the ballot measure, which altered the state’s constitution to ban same-sex marriages. The law was later declared unconstitutional by a federal court.

Although Eich’s donation had first come to light in 2012, last week several Mozilla employees took to Twitter calling for his resignation.”

2. OKCupid Blocks Firefox Users as a Response to Eich

Popular dating site OkCupid has struck a blow against Eich’s past by blocking users from accessing their site with the Firefox browser.

“Instead of seeing a login page, those who visit the front page of OkCupid’s Web site using the Firefox browser are instead redirected to an interstitial message urging people to shift from Firefox to another browser to access the OkCupid site.

‘Mozilla’s new CEO, Brendan Eich, is an opponent of equal rights for gay couples,’ OkCupid said on its site. ‘We would therefore prefer that our users not use Mozilla software to access OkCupid.'”

Have waited too long to say this. I'm an employee of @mozilla and I'm asking @brendaneich to step down as CEO.

Mitchell Baker, Chair of the Mozilla Foundation, took to his blog to respond to concerns about Eich’s political leanings. Baker writes:

“Mozilla’s commitment to inclusiveness for our LGBT community, and for all underrepresented groups, will not change. Acting for or on behalf of Mozilla, it is unacceptable to limit opportunity for *anyone* based on the nature of sexual orientation and/or gender identity. This is not only a commitment, it is our identity.

This commitment is a key requirement for all leadership within Mozilla, including for the CEO, and Brendan shares this commitment as the new Chief Executive Officer.”

“Mozilla’s mission is to make the Web more open so that humanity is stronger, more inclusive and more just. This is why Mozilla supports equality for all, including marriage equality for LGBT couples. No matter who you are or who you love, everyone deserves the same rights and to be treated equally.

We realize that not everyone in our community or who uses our products will agree with this. But we have always maintained that as long as you are willing to respect others, and come together for our larger mission, you are welcome. Mozilla’s community is made up of people who have very diverse personal beliefs working on a common cause, which is a free and open internet.”

4. Eich Wants to ‘Express My Sorrow’

Shorter https://t.co/YVie05D8V1: "I still don't think gays should be allowed to get married, but I love it when they write me more code."

Eich has responded to the controversial donation. On his blog, Eich writes:

“I can only ask for your support to have the time to ‘show, not tell’; and in the meantime express my sorrow at having caused pain…

Many Mozillians and others know me as a colleague or a friend. They know that I take people as they come and work with anyone willing to contribute. At the same time, I don’t ask for trust free of context, or without a solid structure to support accountability. No leader or person who has a privileged position should. I want to be held accountable for what I do as CEO. I fully expect you all to do so.

I am committed to ensuring that Mozilla is, and will remain, a place that includes and supports everyone, regardless of sexual orientation, gender identity, age, race, ethnicity, economic status, or religion.”

Several online petitions have popped up which advocate for Eich’s removal from the CEO position. A petition on Change.org had just 14 supporters at the time this article was published. However, a petition on Credo has over 70,000 signatures as of this writing. 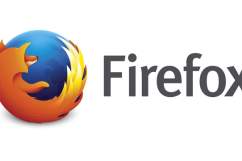