Here’s a list of our favorite iPhone apps of April 2014.

Beats Electronic LLC, the company co-founded by Dr. Dre launched its subscription service Beats Music. At $9.99 a month, Beats Music competes against music streaming services like Spotify, Rhapsody, Slacker, Rdio and Pandora. You will get unlimited access to a catalog filled with more than 20 million tracks including genres like pop, rock, hip-hop, country and jazz.The app makes it easy search for artists, albums and songs. You can create your own playlists, stream music when you’re in online or offline mode, and share your favorite Beats Music on Facebook and Twitter. You can download Beats Music from the App Store here. 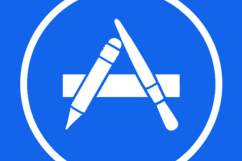 It has been announced that Facebook has acquired Moves, an easy to use app that lets users keep track of daily walking, running, and cycling activities. Users can see how many calories they’ve burned and see their route so that it’s easier to reach their daily goal of over 10,000 steps. Unlike other fitness-tracking apps, moves is standalone and doesn’t rely on external hardware. As long as you have the device on you, Moves always works in the background without draining much of the device’s battery. You can purchase Moves for $2.99 from the App Store here. 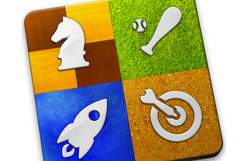 Tinder is a social networking dating app where users can browse through profiles of other Tinder users nearby, and anonymously decide who they like and if they’re interested in connecting. If someone you like happens to like you back, you will be able to chat directly within the app. You can download Tinder from the App Store here. 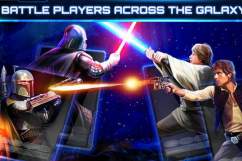 Swamp Attack is a shooter developed by Out Fit 7 Ltd. In Swamp Attack, you will need to defend your swamp cottage from evil monsters. The game offers more than 15 different monsters, 54 levels of actions, and 10 defense tools. To defend your house, simply tap the screen to shoot. If you get killed or your energy is running low, drink potion so you can keep playing the game. You can download Swamp Attack from the App Store here. 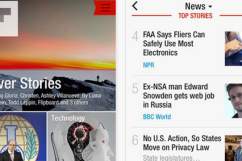 5. Family Guy: The Quest for Stuff