Google is building a new type of fully customizable, dirt-cheap smartphone. Learn about the Project Ara modular smartphone in the video above from The Verge.

Project Ara basically consists of an endoskeleton, to which you can add various modules. The goal is to create a totally customizable phone that has only the features that you want. This may result in a phone that could cost as little as $50.

Would you buy a Project Ara phone? 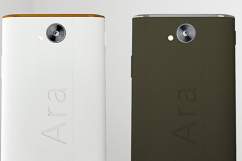