AT&T might be buying DirecTV. Here’s what we know so far about this possible business deal.

AT&T better hope it doesn’t rain during their DirecTV take over bid.

According to USA Today, the deal could go through in just a matter of weeks. AT&T would reportedly pay $50 billion in cash and stock to acquire DirecTV. USA Today notes that DirecTV’s market value was at nearly $45 billion at the time this possible deal was reported.

2. If AT&T Doesn’t Buy DirecTV, Another Telecom Company Might

The Motley Fool’s Sean O’Reilly notes that if the AT&T deal falls through, another company is likely to snap up DirecTV at some point in the near future. He writes:

“With the cable-industry experiencing consolidation thanks to the recently announced acquisition of Time Warner Cable by Comcast, one thing is clear: AT&T may or may not wind up acquiring DIRECTV, but someone should…DIRECTV is just a small part of the $2.2 trillion war for your living room…Currently, cable grabs a big piece of it. That won’t last.”

That being said, the Dallas Morning News notes that AT&T could be just as happy buying DISH Network instead of DirecTV. The publication writes:

“Dish, in addition to satellite TV, has built up a portfolio of wireless airwave licenses worth almost $26 billion that could help AT&T expand its capacity.”

3. Some Wonder How ‘Serious’ the Negotiations Are

In the sound clip above, Rick Dees mocks DirecTV’s recent decision to get rid of the Weather Channel for its subscribers.

Forbes is reporting on the possible AT&T-DirecTV deal under the headline “How Serious Are AT&T And DirecTV’s M&A Discussions?”

“Not every set of talks leads to retaining a bank. Even so, if DirecTV has recently retained Goldman Sachs, as reported, that doesn’t mean a deal is imminent…Hiring a financial advisor is in the realm of best practices when a large potential acquirer approaches…If AT&T has a level of seriousness today, it’s because its growth strategy has been through large acquisitions, and a purchase of DirecTV is one of few big deals that would pass muster with regulators, said a sector executive.”

4. The Deal Would Make AT&T the Top Pay TV Provider in the US

I will cancel directv if AT&T buys it. They will ruin the best television service available. http://t.co/iPJE2zw8w6

BGR notes that this proposed deal would make AT&T the top provider of paid TV programming in the USA. This has some DirecTV fans fuming, as you can see from the tweet above.

Here’s how management would work, post-deal:

“Under the plan being discussed, DirecTV management will continue to run the company as a unit of AT&T and DirecTV Chief Executive Officer Mike White plans to retire after 2015.”

5. This Is Not the First Time AT&T Has Tried to Buy DirecTV

The Wall Street Journal notes that AT&T and DirecTV have been in this position before. The two companies “have come close to striking a combination before, only to see it fall apart over issues including price,” the Journal notes.

WSJ adds that because satellite operators can’t offer Internet at competitive prices, a deal with AT&T at this time would be particularly opportune for DirecTV. 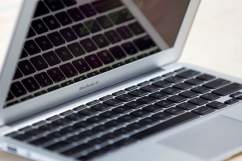