TV star Ashton Kutcher is in hot water after plagiarized material showed up on his viral content site, APlus.com. Here’s everything you need to know about this plagiarism scandal.

Plagiarism is absurdly stupid to being with, but plagiarism in the Internet age lives on the highest level of idiocy: http://t.co/DU4uPyKI4J

The Guardian reports that Ashton Kutcher’s website, APlus.com, has hosted content that was plagiarized from other websites. Content from sites like BuzzFeed, Huffington Post, Cracked and Instagram has been posted on APlus without proper attribution, and seemingly without permission. The “stolen” articles appear to have been edited with some very minor changes in some cases.

It appears that the plagiarized content was removed shortly after news began to spread about the scandal. However, the allegations of plagiarism may have damaged the website’s image.

The Guardian adds that content deletion wasn’t the only thing the APlus site seems to have done to cover its tracks:

“All A+ content from before July has been removed from the site; all tweets from before 6 August; and all Facebook posts before 4 August. It is also reported that KS Anthony, who described himself as ‘writer/content developer at A+’, deleted his LinkedIn profile after he was contacted by the Daily Dot.”

As we reported last month, Ashton Kutcher recently shared what appears to be a hastily Photoshopped image of the “brain training” headband, Muse. The image was shared in a tweet to his approximately 16 million followers. You can see the image in the tweet above, which appears to have been badly Photoshopped to include Kutcher’s name.

Valley Wag noted that the image bears a striking resemblance to a photo used by tech writer Tom Emrich in an article about Muse. It is not clear whether Kutcher received permission from the original image rights holder to alter and use that photograph. The report from Valley Wag included assertions from a PR person that the tweet in question was “all Ashton’s initiative.” 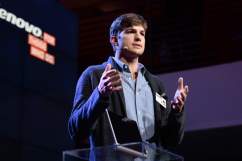 4. Kutcher Isn’t the Only Celeb Recently Accused of Plagiarism

Back in 2013, Shia LaBeouf was accused of plagiarizing a Daniel Clowes comic when LeBeouf was putting together a 10-minute short film. Things got really interesting when LaBeouf issued an apology. Uproxx and other sites noted that a section of the apology itself seemed to be plagiarized, too. Part of the apology was very similar to a Yahoo Answers post about plagiarism.

5. APlus Gets 30 Million Viewers Every Month

According to the Daily Dot, APlus.com claims to get 30 million unique views every month. Additionally, the site has become the 3,000th most popular website in the world, and the 1,200th most popular in the US. 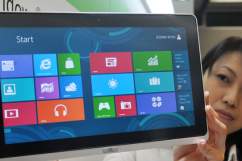