The only thing hotter than the scorching heat of August are these hot strategy titles. Our top picks for the best Android strategy games include tower defense and turn-based combat titles, all of which have been recently updated. Read on to see which games made the cut.

Get a behind-the-scenes look at this awesome game in the video above.

Game of Thrones Ascent offers a great blend of story events inspired by the main storyline in the books, plus new and compelling stories related to your character’s new house. This awesome strategy game will appeal to strategy fans of all stripes. There are opportunities to combine regular items to make super items, save up your cash to buy amazing armor, build alliances, or just enjoy the story. Every Game of Thrones fan should play this game. 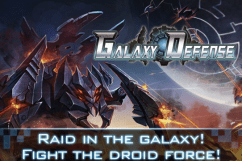 Check out a walkthrough for this game in the video above.

If your tastes in strategy run more towards turn-based combat, Star Wars: Assault Team is worth checking out. Featuring your favorite Star Wars characters, this game offers you the chance to build teams that can take on enemy ships, ambushes, or provide aid to the Wookie Resistance. At the tail end of July, this game got an update to deal with some bugs and optimize performance, making August the perfect time to try this game for the first time.

Castle Doombad is one of the most addictive titles Adult Swim has ever put out. Until recently, the game was only available as a premium title, but that all changed with the recent release of Castle Doombad Free-to-Slay. What sets Castle Doombad apart from the competition is the sheer number of ways the enemy can attack your fortress. While many tower defense titles feel linear and repetitive, this game is frantic and fast-paced.

Castle Doombad scored a 5-star review on TouchArcade, where reviewer Eric Ford said that Doombad “nails everything I could want in a ‘defense’ title.” If you’ve been waiting for a free version of this game to come out, your wait is finally over. 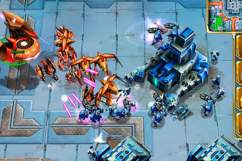 Get a closer look at this game by watching the video above.

Empire: Rome Rising will appeal to history buffs or military enthusiasts. As you build Rome into a mighty empire, you can research new ways of killing your enemies. While this is a very traditional sort of warfare strategy title, this game is still very satisfying. It also seems like the developers are on top of any bug issues, which is always good to see. 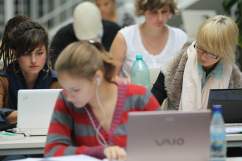 Rebuild is a game set after the zombie apocalypse. You’ll need to band together with other survivors, kill zombies, and scavenge for supplies. It runs great on older Android devices, which makes this game appealing for zombie fans with a lower-spec Android phone. If you dig the whole zombie genre, this is a must play…despite some flaws.