Introducing the best one yet. #Windows10 pic.twitter.com/LDPSJF6pUH

The next version of Microsoft Windows will be the somewhat confusingly-named “Windows 10.” The latest version of Windows was previewed earlier today at a Microsoft event in San Francisco. Microsoft opted not to provide a livestream of the event, but several outlets provided “liveblog” coverage of Microsoft’s big reveal of the new OS, which had previously been referred to under the code name “Threshold.” Here’s what you need to know about Microsoft’s latest version of the Windows operating system.

Swiping from left will bring up task view in #Windows10 pic.twitter.com/nXS6f1kR0i

Most tech commentators assumed that the next version of Windows would be Windows 9, since we are currently on Windows 8.1. However, it will be called Windows 10, much to the surprise of many journalists. Skipping over Windows 9 and going right to Windows 10 is especially funny, given the fact that Infoworld ran an April Fool’s Day article back in 2013 that “predicted” Microsoft wouldn’t actually release Windows 9.

2. The Start Menu Is Back

Windows 10 is being touted as the return of the Start Menu. You can ‘pin’ apps to the Start menu, which is very handy. You can see a glimpse of what the new interface will look like in the tweeted image above. Other changes in Windows 10 will include changes to the Charms bar, the ability to paste in directories into Command Prompt, and a Snap Assist UI which lets you grab apps from multiple desktops. Windows 10 is expected to debut in its public-ready form sometime in 2015. 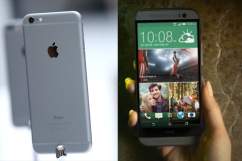 Windows naming works on the same principle as Windows progress bars: 7 then 10 then 3 then 15 then 4…

The Verge notes that “Windows,” Windows TH, Windows X, Windows One, and Windows 9 were considered some of the more likely names for “Windows Threshold,” the code name for the next version of Windows. Windows 10 is a name that was highly unexpected, especially since it seems so likely to confuse consumers.

4. Windows 10 Has Been Designed With Multiple Platforms in Mind

Re/code is reporting that Windows 10 is designed to run seamlessly across a wide array of platforms, giving Windows users a more unified experience. They write:

“The software, expected to be released in final form next year, is designed to run across the broadest array of devices, with screens ranging from four inches to 80 inches, with some devices having no screens at all.

‘Windows 10 will be our most comprehensive platform ever,’ Windows chief Terry Myerson said at a briefing with reporters in San Francisco. ‘It wouldn’t be right to call it Windows 9.'”

5. Windows 10 Will Get Frequent Updates

Windows 10 is the new Windows and it will be EVERYWHERE http://t.co/yTsffNcUKT pic.twitter.com/LGZbV5FisY

ZDNet reports “Microsoft is planning to make regular, smaller updates to the Windows 10 codebase, rather than pushing out new major updates years apart.”

Pricing info has yet to be released for Windows 10. A technical preview launches tomorrow, October 1. The final, public-facing build of Windows 10 is expected to debut in the spring or summer of 2015.