The Mac Mini is back with speedy new guts http://t.co/5h0cc2UauJ pic.twitter.com/Y1jClgD3B7

Apple has revealed their new Mac Mini. The Mac Mini line was definitely due for an update.

2. The Mac Mini Was Long Overdue for an Update

The Jobs quote hung prominently outside the Apple event. pic.twitter.com/OlPtfui2MT

Mac Rumors notes that today’s Mac Mini update is the first facelift the line has gotten in 723 days, or since October of 2012. 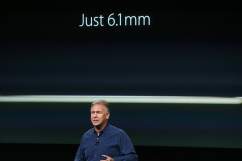 3. The Mac Mini Was Joined by a New iMac

The new iMac unveiled alongside the new Mac Mini today boasts a 27-inch, 5K display. It costs a lot more than a Mac Mini, with new iMac prices starting at $2499. That seems expensive, but its actually cheaper than buying a 4K monitor alone. 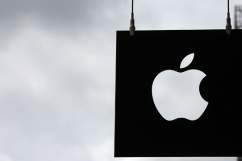 New iPads: The Photos You Need to See

4. Mac Mini Is ‘The World’s Most Energy Efficient Desktop’

Ars Technica reports that Apple is billing this new Mac Mini as “the world’s most energy efficient desktop.” If you are trying to go green, or just cut your energy bills, this energy efficiency may appeal to you. 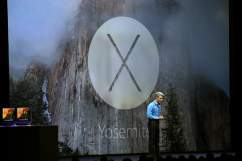 Apple Insider reports that the Mac Mini has many options to custom configure your machine:

“Customers can configure their machine with a top-shelf 3.0 GHz dual-core Intel Core i7 processor, up to 16GB of memory, and up to a 1TB PCIe-based flash drive.” 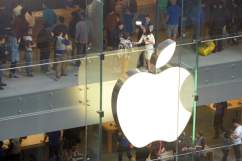 Apple iPad Keynote: The Photos You Need to See

Read More
Apple, News, Technology
Here's everything you need to know about the new Mac Mini.