Qwant may take action against Google for its new icon.

Google’s new logo may look a little too much like competitor search engine Qwant’s logo. According to a French news publication, Qwant may be filing a lawsuit against Google soon. Meanwhile, others are arguing that the two logos are just both part of a currently popular design trend and there are too many differences for Qwant to have a case.

Internet users first discovered the similarities between Google’s new icon and Qwant’s logo. Twitter user 3.14R created and posted the video (pictured above), which shows a transition from Qwant’s logo to Google’s new icon. The font and the order of the colors are similar

Qwant is considering pursuing infringement claims against Google, the French publication Numerama reported. Eric Leandri, co-founder of Qwant, told Numerama that they were watching and analyzing the situation. He said that he was shocked by the similarities. He wasn’t concerned about the colors themselves, since Google has been using those colors for awhile, but he was worried about the order of the colors in the icon and the use of the same font.

Qwant is currently a European search engine, but problems may develop as Qwant looks into expanding internationally. Leandri said he is concerned that users will think Qwant is imitating Google, when it was actually the other way around. He’s also concerned that Google, which is now owned by a new umbrella company called Alphabet, might one day launch a new service that starts with the letter Q, which would make the confusion over the trademarks even greater. An infringement fight against Google would be difficult, Leandri said, but he’s still considering it.

3. Qwant Is a Competing Search Engine in Europe

Qwant is considering legal action against Google for its similar icon. (Qwant homepage)

Qwant is a competing search engine primarily used by people in Europe right now, but it is considering expanding internationally. The search engine is currently in Beta and boasts high security, privacy, and no tracking. It also advertises that its different from other search engines because it doesn’t have a filter bubble. Results are organized in columns, based on news, web, qnowledge if there’s a matching article on Wikipedia, social, and shopping. Qwant launched in February 2013, but just released its own new logo in April 2015.

4. Google Just Changed Its Logo and Icon, Sparking the Controversy

Google just changed its logo and icon on September 1. The logo is touted as being more playful and uses a font called Product sans that Google invented. The logo includes a new icon and will be released across all of Google’s pages and products. This is the biggest change in Google’s logo since the company dropped the exclamation point in 2015. 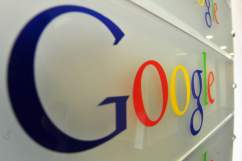 5. The Possibility of Infringement Is Hotly Debated

How to recognize Google vs Qwant Logo ? The bar goes outside for @qwantcom inside for @google pic.twitter.com/SKWsa5hr8o

Some people don’t think the similarities between Google’s new icon and Qwant’s logo are coincidence, but other people are just not convinced. Here are a few examples of the discussions happening on Twitter.

Guys at #Qwant who say Google stole their logo: yes, it is similar. Then again, it's a chromatic circle in a Futura-like font. Get over it.

@Awstein Google is obviously threatened by Qwant and their company is falling behind. That's why they need to copy… oh wait. Nevermind. 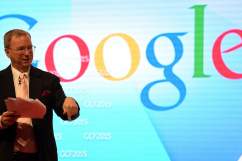