Instagram just made a big-time announcement and may have completely changed the game when it comes to posting videos on social media.

The company launched its brand-new standalone video app, called Boomerang, on Thursday afternoon, available on both iOS and Android.

Overall, it’s a pretty simple app. You shoot a one-second burst of five photos that are then turned into a silent video and plays forward before reversing back over and over in a loop. Boomerangs are automatically saved on your camera roll and can also be shared on Facebook, Instagram and anywhere else since the app doesn’t have its own feed.

You don’t need an Instagram account to have a Boomerang profile, but you do need to take the photos for your video in the app. There isn’t an import feature – yet.

Here’s how it looks within the app:

According to the app’s Product Manager John Barnett, the app was first conceived by a handful of Instagram’s Android engineers in July. “It was something we built just for fun for us to play with as a team” he told techcrunch.com. “But as the larger group of Instagram employees fell in love with the app, they realized it might be entertaining for the whole world. The core crew who birthed Boomerang was just five people.”

Here’s how you can download the brand-new app:
for iOS in the App Store and for Android in Google Play.

Any videos uploaded to Instagram through Boomerang will also include a “Made with Boomerang” link on posts so you can download the new app that way as well. 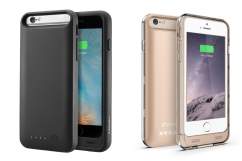 Read More
Breaking News, Instagram
Instagram launched a brand-new standalone app called Boomerang on Thursday, but what exactly is it?