Samsung Galaxy Note7 smartphones are being recalled because the batteries in some devices have caught fire.

The company announced the global recall for all Note7 devices on September 2. The reason: Some devices have exploded. According to BBC, 2.5 million of the devices – which launched in August, had already been shipped.

The potential problems with the Note7 were illustrated dramatically on September 5 in St. Petersburg, Florida, where authorities are investigating whether a Galaxy Note7 caught fire while charging, igniting a man’s Jeep Grand Cherokee on fire. The problem, says the company, lies with “certain Note7 battery cells.” In South Carolina, another man’s garage was torched over Labor Day weekend; that fire is also under investigation to see whether his Galaxy Note7 was the cause.

If you have a Galaxy Note7, it should be pretty easy to get a new, safe device.

1. The Recall Is for All Galaxy Note7 Devices Sold to Date 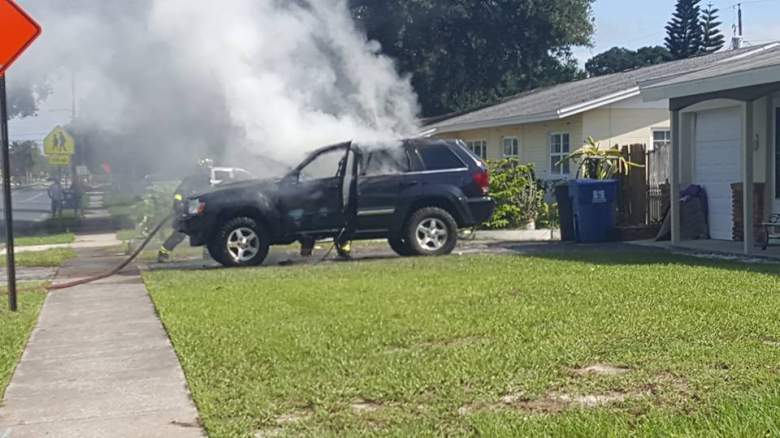 Samsung announced on September 2 that it was stopping sales worldwide of the current Galaxy Note7, and said in a news release, “For customers who already have Galaxy Note7 devices, we will voluntarily replace their current device with a new one over the coming weeks.”

According to BBC, “Samsung has said that battery problems were behind the phones catching fire” but it was difficult to tell which phones were affected. Hence, all are being replaced.

The company says you will also “receive a $25 gift card, in-store credit or bill credit from select carrier retail outlets when choosing a Galaxy S7 family device or the Galaxy Note 7 within the exchange program.”

2. Samsung Has Established Procedures to Get Your New Phone

Samsung says it is “offering Note7 customers the opportunity to exchange their device for a Galaxy S7, a Galaxy S7 edge or a new Note7 (as early as this week).”

Here’s how to get your new device:

Samsung says “you should contact your carrier or visit the retail outlet where you purchased your phone.”

You can find information on the UK Exchange Program here. “UK customers who have Galaxy Note7 devices will be contacted by the provider or operator from which they purchased the product in order to arrange their device exchange. The exchange of units will begin from 19 September 2016,” Samsung says.

3. The FAA Wants People to Shut the Devices off & Not Charge Them on Airplanes

The inside of the Dornbacher jeep. Their phone was charging in the console. (Facebook/Nathan and Lydia Dornbacher)

On September 7, in the wake of the recall, the Federal Aviation Administration took the unusual step of warning passengers on airplanes to keep their Galaxy Note 7 devices off and not to charge them in the air, either.

“In light of recent incidents and concerns raised by Samsung about its Galaxy Note7 devices, the Federal Aviation Administration strongly advises passengers not to turn on or charge these devices on board aircraft and not to stow them in any checked baggage,” the FAA said, according to CNN.

CNN said some airlines, such as Qantas, Singapore Airlines, and Virgin, were already asking customers not to charge the phones and keep them off.

3. Samsung Says It Has Found 35 Cases With Problematic Batteries

According to the Samsung press release announcing the recall, the company says “there have been 35 cases that have been reported globally and we are currently conducting a thorough inspection with our suppliers to identify possible affected batteries in the market.”

Only the Note7 is affected, says Samsung.

The Verge says there have been no known injuries from the exploding batteries, but some people’s vehicles and garages have caught on fire.

Over the Labor Day weekend, the South Carolina man’s garage caught on fire and the “fire originated near a wall outlet where Wesley Hartzog’s phone was charging. The phone was a Samsung Galaxy Note 7,” said WMBF-TV. The cause is under investigation.

5. The Florida Couple Thinks the Galaxy Note7 May Have Caused Their Car Fire

Fox News reports that Nathan and Lydia Dornacher, of St. Petersburg, suspect that the Galaxy Note 7 caused their car fire.

While Lydia was unloading items from a yard sale on September 5, her husband’s Galaxy Note 7 was charging in the vehicle, which then caught fire, said Fox. Samsung said the company is investigating the Dornacher complaint and urged Galaxy Note 7 owners “to take advantage of the Product Exchange Program announced on Friday of last week,” said Fox News.