The Hover Camera Passport ($599) is a delightful little gadget: It’s a foldable, portable drone that has a built-in camera and auto-follow features. It comes with all kinds of bits and pieces, including an extra battery, and it’s significantly cheaper than other auto-follow enabled drones like the DJI Phantom 4 ($1,200) or Mavic Pro ($1,000). 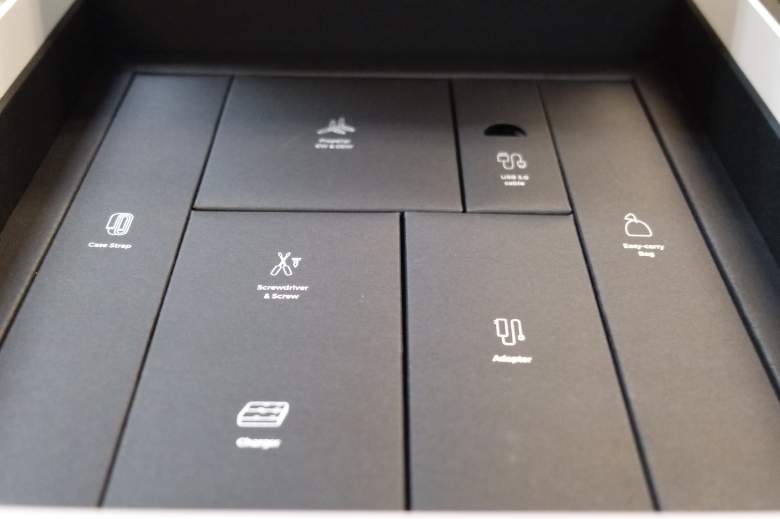 Hover Camera certainly didn’t skimp on the accessories. It comes with a carrying case, a strap for the case, two batteries, a carrying pouch, battery charger, wall adapter for the charger, USB 3.0 cable for data transfers, four extra propellers, screwdrivers and screws. And it’s all kept organized in these little boxes.

Best of all, it’s easier to carry than most drones with similar features. Drones like the Phantom are big, bulky and hard to carry, especially if you’re hoping to bring them on a plane. If you’re looking to bring a drone with you everywhere, the Passport might just be the answer to your prayers. But does it live up to the hype? Let’s find out.

Press power and let it hover; no need to learn to take off or land
Easy to fly
Auto-follow modes
No extra dongles, works through your phone
Wirelessly delivers photos to your phone
Good picture quality
Compact, easy to carry
Lightweight
Cheaper than major drones like the Phantom or Mavic

I put together a short video using the Passport and an external camera for those of you who want to see it in action:

This video only shows a small portion of the shots where I had trouble flying the Hover Camera. It does take practice — but not nearly as much practice as flying a traditional quad-copter. With the Passport, you don’t have to learn to take off, land or hover. You simply press the power button, and when the fans start, you let go. It hovers automatically, and there are a few different modes you can use to control it: 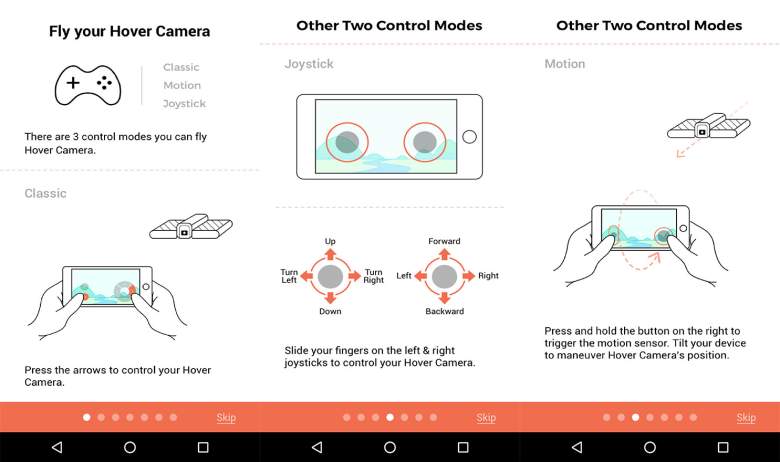 These are the flying modes you can use with the Hover Camera Passport. Personally, I prefer joystick mode — it’s more intuitive. (Hover Camera)

You can just look down at the app and fly, since the controls sit on top of a real-time video feed coming from the Passport. Whether the camera is recording or not, you can see what your Passport sees at all times. It’s a little disorienting at first, but once you get used to it you can fly without ever having to look up. 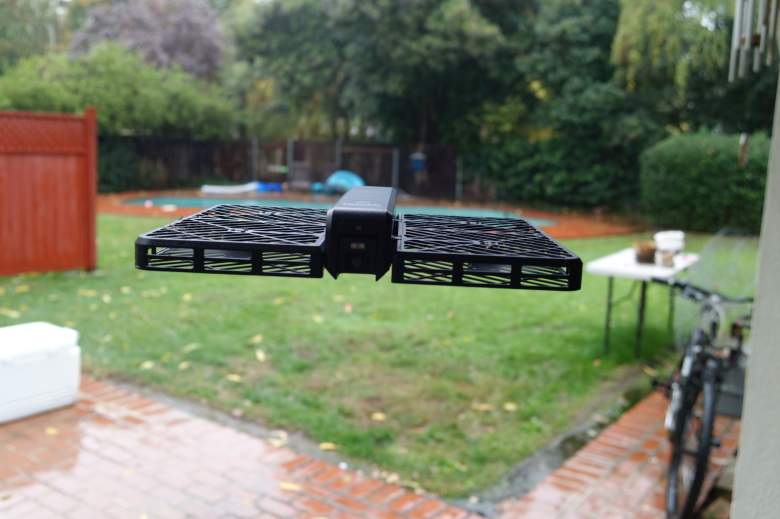 The Hover Camera Passport is a foldable, portable drone with auto-follow modes. Will it live up to the hype? Read our review to find out.

The app itself performed admirably; it never once lagged on my Nexus 5x running Android Nougat, and I had the same results with a friend’s iPhone 5s running iOS 10.

Another big plus was that, since the Passport communicates with your phone using Wi-Fi, it delivers your photos straight from the drone to your phone’s camera roll wirelessly. It happens immediately and seamlessly. The videos don’t download automatically, because they take longer to transfer and take up much more space on your phone. If you prefer to transfer files straight to your computer, the Passport comes with a USB 3.0 cord.

The still photos that come out of the Passport are also beautiful. Here are a few examples, if you’re curious: 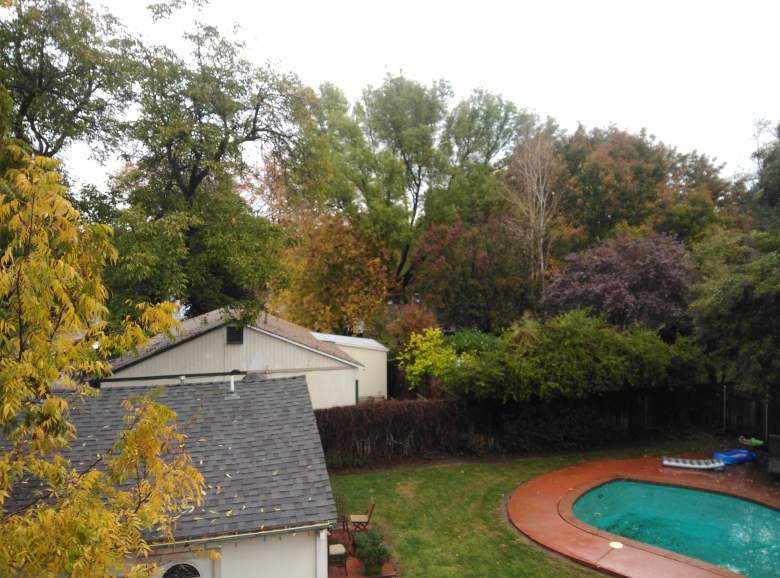 This is a run of the mill shot of a backyard on a gloomy, overcast day, but the Hover Camera Passport’s camera still did it justice. 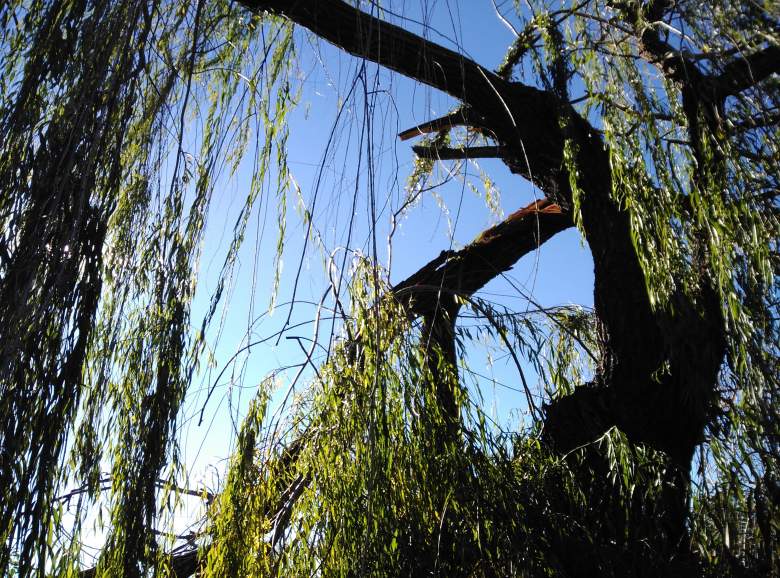 I flew the Hover Camera Passport up into a willow tree to get this shot. The camera did well, and the photo came out well. 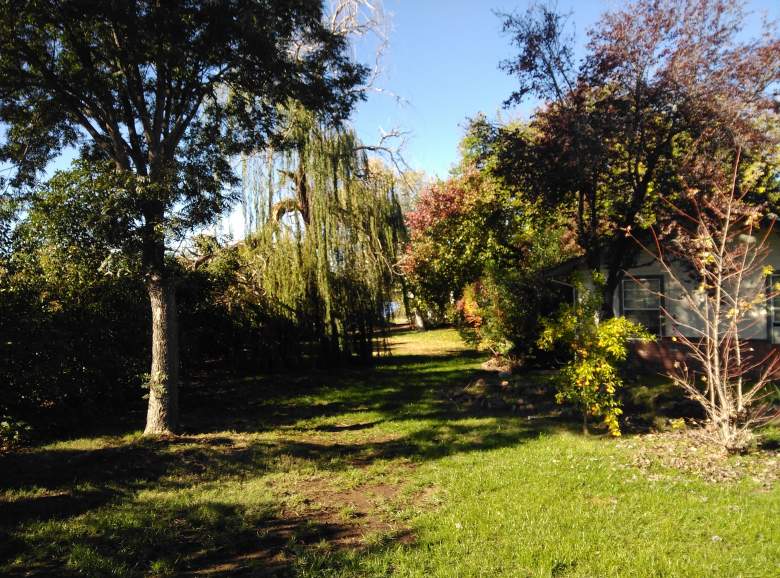 A photo of some trees, taken with the Hover Camera Passport. You can see that the blue of the sky and green of the foliage are bright, and the camera caught a lot of detail.

Apart from the app, the general user experience is good. The ability to just push a button and have the drone automatically hover is great. It makes drone piloting more accessible by making the learning curve decidedly less steep. It only took me a few tries to figure out how to pilot the Passport successfully, and only a few more to figure out how to pan and move a little more smoothly for better shots.

Now, onto those pesky cons…

Some of the issues with the Passport might get fixed in the future, since the drone gets software updates fairly regularly. My first gripe, and one that may be fixed, is with the auto-follow modes. It’s actually a little difficult to get the camera to follow you if you aren’t moving extremely slowly and staying in its field of vision at all times. So, it’ll follow you on a run in a straight line, but it tends to cut out or “lose” you if you turn — even if you go slowly. That’s just for the body-based follow mode. The face-based mode should follow you based on facial recognition, and I only got that one to work once.

Keep in mind that the auto-follow modes are one of the Passport’s biggest selling points, so this is kind of a big con. However, like I said, the drone gets software updates, so this issue could be resolved. The company even said they might add auto-follow for animals or objects (which isn’t available yet).

Speaking of auto-follow, it;s worth noting that the max recommended distance between you and the Passport is around 20m, compared to the DJI Phantom 4 Pro’s 7km (or 7,000m). That’s a huge difference. To be fair, it’s because the Passport is truly meant to be an auto-follow based drone. It isn’t meant to be a high-flying, landscape-capturing drone. It’s supposed to stick by your side.

Here’s an example for those that are curious. Since the Passport is so light and portable, there are some drawbacks; mainly, that the drone can be tossed around by fairly light wind currents. I took a video via the Passport in which I simply let it hover. I wasn’t touching the controls at all, and just let it hover, sheltered under a porch. There are times in the video where you can tell the electronic stabilization is working, and times when it’s just shaky-cam central.

Last but not least: the battery. I love that Hover Camera sends you two batteries, along with a charger that can charge both at once, with the Passport. It’s especially useful because the battery life is only 8-10 minutes. Officially, the battery life is 10 minutes, but in practice I usually found it to be a bit shorter. 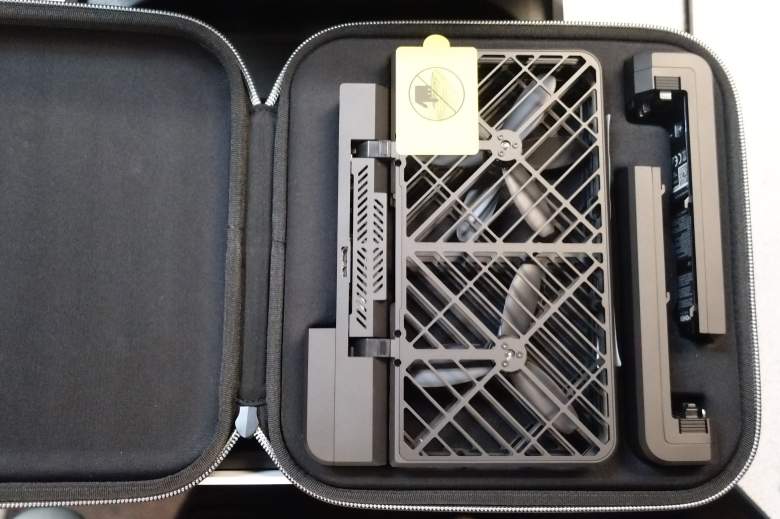 Hover Camera does include two batteries, which is a huge plus, especially since the flight time isn’t too long. This carrying case is also included.

This isn’t unusual for small drones, but you’ll routinely find that drones with battery lives in the 8-10 minute range cost significantly less than the Passport. Drones that are in the same price range as the Passport, like the DJI Phantom 3 ($459.65), have 25 minutes of flight time… a marked improvement. However, it’s worth noting that older cameras like the Phantom 3 don’t have 4K video or well-developed apps.

The Hover Camera Passport is a fairly reliable, well-designed and portable drone. It’s a great solution for those who want to bring a drone with them everywhere, since it’s about the size of a paperback and super light. The battery life isn’t the best at 8-10 minutes, but the company does include two batteries from the get-go for those who need more flight time. The app is very well-designed and responsive, and the photos and video are of good quality. 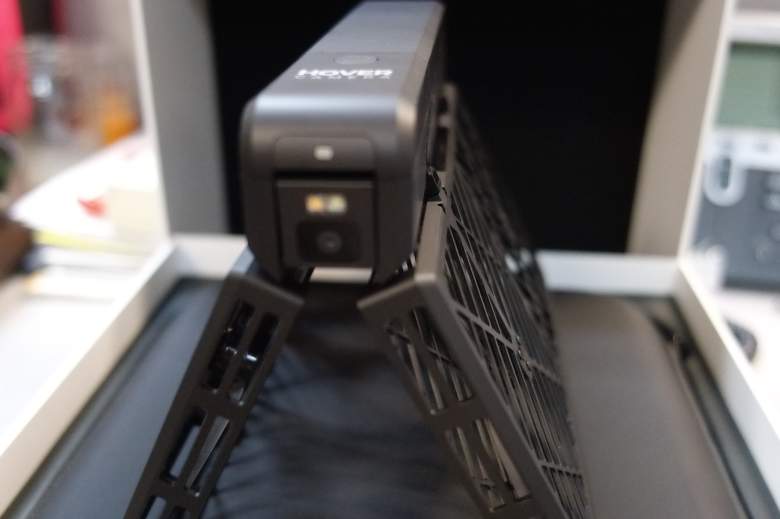 The Passport’s foldable body means you can take it anywhere, and the fact that the blades are completely covered by plastic casing makes the drone more durable.

Unless you’re a professional videographer, the occasional shaky-cam shouldn’t be much of an issue. Overall, if you’re willing to part with $599, the Hover Camera Passport is a good choice. If you want something cheaper or with a better battery life, you may have to compromise on things like camera quality and auto-follow modes.

If I had $599 to drop on a drone, I’d definitely want one for myself. The week I spent with the Passport was a fun one, for sure.

Read More
Drones, Gadgets, Review, Shopping, Technology
wpDiscuz
7
0
Would love your thoughts, please comment.x
()
x
| Reply
The Hover Camera Passport is an ultra-portable drone with a built-in camera and auto-follow features. But is it worth buying yet? Take a look at the pros and cons.