The new iPhone 8 was announced today, and we’re so excited. Many people are wondering, first and foremost, can you buy the new phone today? When will it be available? Find out the best and fastest way to get the new phone, along with when preordering begins below.

No, you can’t buy or preorder the new iPhone today.

The iPhone 8 will be available for pre-order starting on September 15. You’ll want to be online after midnight Eastern because the preorders sell out fast. Historically, the preorder page goes online at 3 a.m. Eastern.

The iPhone X will be available for pre-order starting on October 27. You’ll want to be online after midnight Eastern because the preorders sell out fast. Historically, the preorder page goes online at 3 a.m. Eastern.

You can pre-order the iPhone online through the Apple store. You can also sign up for the iPhone Upgrade program if you’re interested and order your phone through that program, or upgrade your phone online through the program. (This year, Apple is letting you mail in your old phone via a return kit after the new one is shipped to you.) You’re eligible if you’ve made at at least 12 payments on your iPhone after at least six months from the time you got your first one.

You can also pre-order the iPhone to pick up from your phone carrier, whether it’s Sprint, Verizon, or another company. These stores will also have the ability to preorder on their websites too. However, just one word of caution: these stores sometimes sell out of new iPhones faster because they don’t keep as many in stock as Apple. You may have a slightly greater chance of not ending up on a delayed backorder if you go through Apple directly.

Another option is to call your carrier and order your new iPhone over the phone. Some people have better luck than trying to get through their carrier’s website.

If you’re going to order the phone online, don’t delay. Pre-orders can sell out fast and you might get pushed to a delayed back order. So start checking for pre-orders online after midnight Eastern on the preorder date to make sure you can get an iPhone.

If you want to feel the “rush” of getting a new iPhone, you can also just choose to buy it from your carrier, at a site like Best Buy, or the Apple store on the day it’s released. This will require waiting in line to get the phone and risking the inventory running out before you can buy it. You’ll also need to arrive early. Depending on the location, you may need to line up the night before and wait overnight, or arrive a few hours before the store opens. This can be trickier than ordering online, but some people prefer this method because they like that camaraderie of waiting with a group of other people. 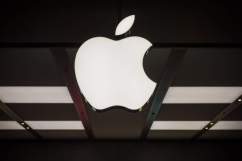 Apple’s iPhone Upgrade Program: How it Works for the New iPhone X & 8