The X Factor is one tough gig. Along with Britney Spears and L.A. Reid, Khloe Kardashian won’t be returning to the reality television show next season, reports the New York Post. Khloe was co-host with Mario Lopez, but after poor reception, the Keeping Up With The Kardashians star won’t be asked back.

“They are asking Mario to come back, but not Khloe,” an insider told the Post.

The reality competition show was Khloe’s first hosting gig and often appeared unprepared and nervous in front of the cameras. She even talked about her struggle in front of a live audience.

“Just learning how there’s a screaming audience and you don’t yell because the mic is right there,” she explained. “I will have an earpiece in my ear, and while I’m trying to read the teleprompter then I have someone counting down and they’re like, ‘Okay, ask Simon this or that'”

A spokesperson for the show refused to comment on the report.

Britney Spears announced that she will not be returning as a judge on The X Factor next season after learning that Simon Cowell was going to sack her because of poor ratings. 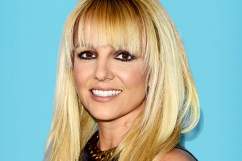 Britney Spears Quit ‘The X Factor’ Before She Got Fired