Handing out roses tonight! Share with me in my journey and let me know what you think of the men.… instagram.com/p/Z1PLQ0iGIX/

1. Desiree Hartsock Takes Hold of the Reigns as the New Bachelorette

Des has her heart glasses on. Later, the guys will also have their heart on… #thebachelorette

As Desiree pulls up to the magical Malibu location in her little Honda, she gets out of her car and walks up to host Chris Harrison wearing a bright red dress. Then, a montage of highlights from her moments on The Bachelor plays, showing her first arrival in a bright red dress as well. Let’s hope this doesn’t have the same ending as her time on The Bachelor.

Well, as usual, the dating pool is filled with sexy fish, silly fish, and stupid fish. It’s also filled with a melting pot of strange professions… like the tailor/magician, the self-professed adrenaline junkie, the painting contractor, or the soccer player.

I don’t suggest dating soccer players. They don’t use their hands #TheBachelorette

3. The Bachelorette Blunders Have Already Begun

Back to back Creeper creepertons! A fast pass to the Fantasy Suite, plus a shirtless wonder. My OH My… #thebachelorette

The fellows have failed once again with some of their entrances. From a seemingly shy guy named Larry trying to dance with Desiree, ripping her dress as he attempts to dip her… Talk about a snag. Or, what about contestant Jonathan trying to get Desiree to accept a “Fantasty Suite” invitation. Denied… and extremely creepy.

4. The First Rose Goes To… Ben

As the last limo pulls up, a little boy named Brody pops out wearing a suit and holding a flower. After a little moment of cute confusion, his daddy Ben gets out and introduces his son to Desiree, laying all the cards out on the table. Melting Desiree’s heart, she ate it up with a spoon! She later dubs Ben as definite “husband material”.

5. And the Second Rose Goes to the Skinny-Dipper

Also known as “the shirtless wonder”, Zak takes things to another level, stripping down to his skivvies and jumping into the freezing pool. No one joined. Desiree had to throw him a bone. Then again, his rock-hard abs may have had something to do with it.

Third Time is a Charm for Iraq Veteran Bryden as he happily accepts the third rose.

6. The Entrances Were Filled With Gimmicks as Usual

From topless Zak W. paying homage to The Bachelor’s Sean Lowe’s infamous abs, to Diogo showing up in head-to-toe armor (deemed as “Sir Crazy-lot” by a cast-mate), to Brandon riding up on a motorcycle… Hey, ya have to be creative… or desperate.

Shirtless guy has bad planning: Where would Des pin the rose? #TheBachelorette

It’s all about the hotties versus the notties. Our top hottie picks are for digital Drew, Brad the accountant, shameless Zak W., Robert the Ryan Gosling look-a-like, Brandon the painting contractor, Dan the beverage sales director, and exotic Juan Pablo.

Who else is loving all of this Memorial Day man meat? #TheBachelorette

8. ABC Shows Us What We’re in For This Season

Typical…. The guys cry… Desiree cries… Hearts get broken. Yadda yadda yadda. More specifically, contestant James seems to be under suspicion of being on the show for the wrong reasons. One of the men turns out to have a girlfriend who actually comes on the show and calls them a liar. Oh, and Desiree makes out with a lot of guys.

9. A Premature Trip to the Fantasy Suite Can Send You Packing Early

Oh, Jonathan. Your mother told you that you were good-looking, but did she every tell you how to treat a woman? Sexual predators are all over, but are they on The Bachelor now? We’d like to think not… and so would Desiree. After not once, not twice, but trying to lure Desiree into his own makeshift fantasty suite three times, creepy Jonathan is shown the door. Denied on arrival, then again during their one-on-one chat, one would have thought that Desiree’s message was clear…. Clearly not for Jonathan.

10. Desiree Says Good-bye to Some of Her Bachelorette Candy

What do you think so far? Any good guys for Des? #TheBachelorette 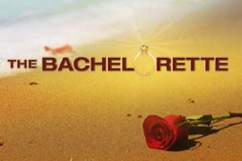