Who’s watching Keeping Up With The Kardashians?!? Love this episode. U guys will love mine & kokes plan to help @robkardashian lol

Depressed over his heaviness, Rob decides, with the help of sister Kim, that he wants to start losing some of the weight. He confesses on a phone call to Kim that:

I’ve never felt so sad and depressed in my life.

Even so, Rob begins to flake out, doesn’t show up at the gym, and starts to let sister Kim down.

The K-dash sisters come up with a plan!

Apparently, Ellen Pearson had a priest come to the home when their father was dying and marry them, according to the Kardashian girls. It’s been 10 years, but Pearson is still stirring the pot, claiming she has journals defaming Kris Jenner’s character that she plans to sell to the media. In turn, Kris Jenner is extremely distraught over this, as is the rest of the family. Kourtney states:

My father was a very private man and it’s just disrespectful that someone to sell these lies and rumors.

Daddy Bruce enjoys watching the couple’s performance, which happens to be of the show’s theme song. Son Brandon talks about how his dad wasn’t around while he was growing up, but is happy that Bruce has been making the effort in recent years.

4. Brody is Resentful of Bruce

Telling cameras that he grew up with his step-dad and that Bruce was never around, Brody becomes bitter. Brody claims he’s so happy for the rest of the kids and says that Bruce is a great father, but that he just was not a great father to him.

I was the one child that didn’t have a great relationship with Bruce.

He also adds that he resents him for not being around while he was growing up. Throughout the episode, Brody voices his upset about the situation.

5. Kylie Tells Her Mom That Her Friends Are Bringing Up Rumors

In the journals being shopped around by their late father’s wife, she claims that it’s revealed Kris Jenner would hit and abuse her children. Soon, Kylie starts hearing about it at school and Kris is beyond upset.

How crazy is this?!

6. Kim Worries About Her Body Bouncing Back From Baby

one of the photos of the new season of keeping up with the kardashian twitter.com/kimynoelkardas…

While chatting with Brody, Kim expresses her concerns about her body recovering from pregnancy once the baby comes along with talks about stretch-marks.

Jake the private investigator is my favorite Kardashian

You may remember Private Investigator Jake from Kim & Kourtney Take Miami. Well, he’s back and digs up some crazy stuff. Apparently, their late father’s widow was first married at age 15, she was married five times, and filed for bankruptcy twice.

8. Bruce Takes a Chance With Brody

30mins until Keeping Up With The Kardashians is on!!!!! I’m so proud of @brodyjenner for being so honest! Tune in to E! At 9pm

Bruce finally bites the bullet and confronts Brody after getting some advice from his other Jenner boy Brandon. Though he tries to accept responsibility, he also tell Brody he felt he had to back off when the boys’ mother was around. Brody disagrees. Nonetheless, Bruce admits that he feels horrible and says he tries to make up for h Meanwhile Brandon and wife Leah eavesdrop on the conversation.

9. A Lawyer is Hired

In a meeting with their lawyer, Kris reveals an anecdote concerning the troubled widow. Kris says that she took a photograph of her kids, her late ex-husband, and his wife in front of her Christmas tree at her house. She then states that this woman used the photo against her claiming to the media, “See, Kris wasn’t even here.”

Khloe then tell the lawyer that this woman tried to ban Kris from sitting with her children (Rob, Khloe, Kim, and Kourtney) at their late father’s funeral.

The long and short of it: Kris wants to press charges, but their lawyer is having difficulties nailing the widow down in order to serve her with legal papers.

The Kardashian’s are asking for $500,000 in damages, in addition to profits, statutory damages, punitive and exemplary damages, claiming Ellen licensed their belongings to Bauer Publishing, which subsequently published the material in their magazines In Touch and Life & Style.

Your friends would want to read this, share it!

10. The Drama Continues in Next Week’s Preview

Bruce and Kris fight over Bruce wanting to bring a gun into the house for protection. In the meantime, Kim’s pregnancy takes a turn for the worst, causing her horrible pain. 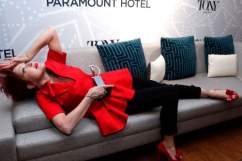 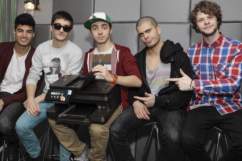 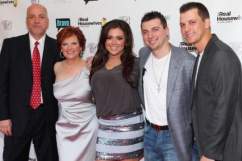