Bynes could be facing more legal trouble in California. Getty.

Professional celebrity train-wreck Amanda Bynes has been remanded in forced psychiatric care by cops in Thousand Oaks, California after she started a fire in “the driveway of some random person’s house,” reports TMZ.

Local fire department and police were called after neighbors noticed a small fire on the driveway of a home in on the 200 block of Avenida De Los Arboles in Thousand Oaks, Ventura County (above) at around 8:45 p.m. local time on July 23. When emergency responders arrived they found Bynes, 27, standing there, providing rambling, strange answers to their questions. 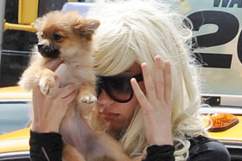 Amanda Bynes Kicked Out of Ritz Carlton For Smoking Weed: 5 Fast Facts You Need To Know

At that point local police Captain Don Aguilar took the decision to place Bynes under a 5150 hold, according to CBS Los Angeles.

Here he is describing what happened:

Deputies investigated the incident and determined that she met the criteria of 5150 W&I (California Welfare & Institutions Code), She was detained and taken for a mental health evaluation.

There’s been no charges at this time or crime in reference to this incident. 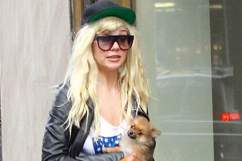 Under 5150 law, Bynes can be held for 72 hours while she undergoes evaluation from a mental health professional, reports ABC News.

TMZ reported that the person who called 911 on Bynes told police she thought Bynes was carrying a “gas bomb.” The gossip site says:

The caller describes it as a small fire — a flaming cloth sitting on top of a gas tank in a residential driveway. He says the reason he called 911 is because of the gas tank … i.e. the obvious possibility of a massive explosion.