Only a short way to go for Lindsay!

Does this mean Lindsay Lohan’s recent plans to become a hermit are off? Last week Lindsay told friends and family she’s “terrified” of relapsing after rehab, so her solution was to leave the New York and L.A. scenes to live in solitude. Except, we don’t think mama Lohan was on-board with that quite as much as Lindsay. Lindsay’s mom Dina Lohan recently told NY Daily News:

She’s not going to live in Los Angeles. She will definitely start back home with all of us.

Lindsay recently spent her 27th birthday in rehab — only to come home to an even bigger party that’s being planned for her, says Mom. According to NY Daily News, Dina said:

We’re going to work it out to all go visit her again, and then we’re planning the pool party. It’s been a long road, and she’s going to be fine.

Hey, mama knows best. Maybe that’s what Lindsay will need to get herself back on track and away from the drug scene… but, what does dad Michael Lohan think about this?

Back in May, Dina and Michael had a fight on live television playing the “blame game” to decide who of the two was responsible for Lindsay’s screwed up life. 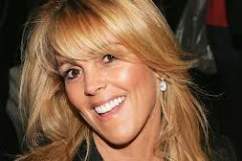 Lindsay Lohan ‘Screwed Up’ Because Her Dad Allegedly Raped Her Mom

The drama happened on a talk show and left the used-to-be married couple with a chip on their shoulder. Later, Dina even told NY Daily News:

Lindsay saw her dad abuse me, that’s why she’s so screwed up. Michael beat the hell out of me. 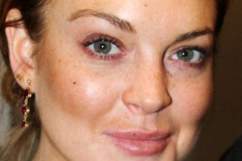