Director Sam Mendes has signed on for another James Bond film, as has sexy Daniel Craig. After rumors that the director would not be returning to the Bond series, it has been confirmed. Check out our 5 Fast Facts to see who else will be returning and all the info surrounding the new film.

1. After Much Speculation, Sam Mendes Signs on to Direct the Next Bond Film

Prior reports stated that Mendes wouldn’t be returning to the Bond series. Rolling Stone reports that Mendes had previously said he wanted to focus on ‘Charlie and the Chocolate Factory’ and ‘King Lear’. Fortunately, Mendes has changed his mind.

I am very pleased that by giving me the time I need to honor all my theatre commitments, the producers have made it possible for me to direct Bond 24.

I very much look forward to taking up the reins again, and to working with Daniel Craig, Michael Wilson and Barbara Broccoli for a second time.

In an article for The Times, it was said that Mendes received great acclaim for his work on ‘Skyfall’, which earned 1.1 billion dollars worldwide. In turn, the movie has become the highest-grossing British film.

We wonder if the next movie will receive the same praise.

4. The Name Guessing Has Begun

Though the upcoming film has been titled Bond 24 … for now, many believe that this is just a working title. So, what will be the next film title in the James Bond series?

Now Sam Mendes is confirmed for Bond 24 in October 2015 it must be time for the title speculation to start afresh! http://t.co/hwnGM5YF82

Better yet, what will be the next Bond theme song? In ‘Skyfall’, Adele received great acclaim for singing the film’s hit single, which was titled after the name of the movie itself. Will Adele return as well?

All we need now for Bond 24 is for Adele to sing the theme song and everything will be perfect.

According to UK site The Times:

Skyfall’s screenwriter John Logan will return to provide a script for the film, currently dubbed Bond 24. 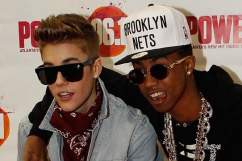 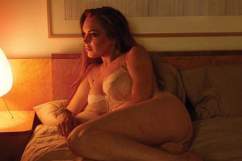 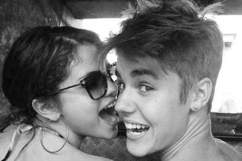 Selena Gomez & Justin Bieber Back Together?: 5 Fast Facts You Need to Know