To all who wanted Whose Line back, time to put your money where your mouth is, or your eyeballs where your TV is. Tonight at 8 on the CW,

Whose Line is it Anyway returns with original cast members Ryan Stiles, Colin Mochrie, and Wayne Brady. Check out the Top 10 Highlights on the return of the classic show.

(*What's your favorite aspect of the new Whose Line?*) Colin: "Getting to work with my friends again. And Ryan and Wayne." #WhoseLine

The fab three are back and the fourth spot is open for rotation as different guest comedians will come onto different episodes. Gary Anthony Williams, Keegan Michael Key, and Heather Ann Campbell are some of the people who will be filling the fourth spot this season.

2. The Men Makeout With Each Other

Man, I missed Whose Line so much. Here's Ryan and Collin sharing an intimate moment. #WhoseLineIsBack pic.twitter.com/Jthl3w2ceK

Colin kissed Wayne and Ryan, a bald joke was made, and Wayne got beat up by his ex-girlfriend. Whose Line is definitely back.

The young star of The Walking Dead show appears to help in a skit inspired by her television show. Apparently, the show will have a celebrity participant each episode.

Drew Carey has not returned, but Aisha Tyler brings a fun flavor to the show.

MT @StokinStokan:"was nervous about @DrewFromTV leaving Whose Line. But @aishatyler is such a phenomenal replacement." OMG thank you!

5. Scenes From a Hat is Back

Scenes from a hat is back, as well as the rest of the Whose Line crew #SCENESFROMAHAT

Better than ever, ‘Scenes From a Hat’ was awesome. With subjects like things you can say about food, but not your girlfriend, how can you go wrong?

Have no fear, this wasn’t the only old game that made a return. ‘Helping Hands’ was another game back in action.

6. The Comeback Featured Two New Episodes Back to Back

It's not over yet! #WhoseLineIsBack

Wayne’s Singing Skits Are Here Again. Accompanied by Kevin McHale from Glee, Wayne Brady gives the musical sitcom star a little serenade in true Whose Line fashion. McHale chimed in about halfway through and made Gleeks proud across the nation.

Kevin McHale on Whose Line is the highlight of today

8. Whose Line is Now Incorporating Hashtags

During certain parts of the show, hashtags appear on the screen. Here’s to technology! So, what are some of the hashtags seen tonight on both shows? #Bromance #ScenesFromAHat

9. Fans Are Insanely Excited and Impressed by the Show’s Return

Check out some of the tweets from superfans!

thrilled that Whose Line Is It Anyway is back! love when Wayne Brady makes up a song – he does it so well.

Whose Line Is It Anyway has me laughing like crazy- glad its back!

Blargh! Wanted to live tweet the east coast feed of WLIIA but I don't have it on my dumb west coast cable. So will… http://t.co/ScNzj8zZNB

Take a look at these tweets showing Tyler struggling to get her devices working so that she could do live tweets for the show.

. @cwwhoseline starts in 12 minutes. Rushing home from my office (where I apparently broke facebook) to live tweet. Please stand by. Points!

OMG I am not going to make it home in time for WLIIA to start. #donotgetaticket #thosepointsDOmatter

PHOTO: Kyle Richards to Guest-Star on 'Whose Line Is It Anyway' #repost http://t.co/Vm6TcIc2Cn

It looks like a ‘Housewife’ will be appearing on the show this season! Woohoo for Kyle Richards! 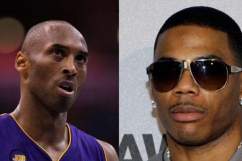 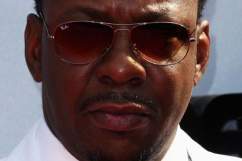