Watch two of the One Direction boys (Louis Tomlinson and Liam Payne) catch some waves in Sydney, Australia. But, just when the fun gets started, the girls begin to swarm and a girl fan runs up behind Louis Tomlinson, which makes him very upset. The poor guys can’t even get in a relaxing swim without getting interrupted. Sorry, guys.

Just 12 hours ago, Louis tweeted this:

It's a beautiful day and we can't leave the hotel. #papsaretwats

So, it’s safe to say Louis has had his fill of photographers and fans right now. Sometimes the boys need a little privacy … even though I know we all want to be a part of their every waking moment. Not to mention, rumors about Louis Tomlinson have begun to run rampid, saying he’s become overwhelmed and just wants to have a normal life. Read more about it in this link: 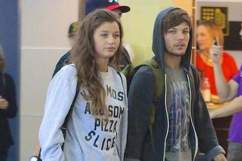 As news of this spreads, One Direction fans are rallying around Louis. Check out some of the supportive tweets below.

'Stay back from that hoe' Lmfaoo @Louis_Tomlinson looked like he was about to punch her lmfaooo I love him! 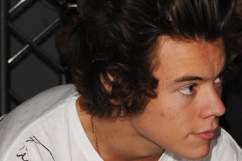 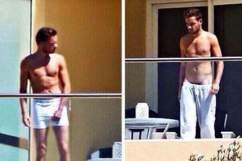 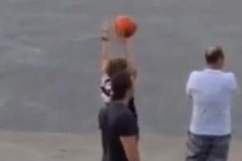 WATCH: One Direction’s Niall Horan Hits Himself in the Face