5. Doctors Once Told Maksim that He Would Be Handicapped for Life

After a skiing accident in his teenage years, Maksim was left with serious injuries to his right leg. Maks spent several months in the hospital and endured several surgeries, along with physical therapy. Doctors then told Maks that it was very likely that he’d be handicapped for life. Maks was determined to prove them wrong, so, with determination and relentless hard work, he overcame his injuries. After months of physical therapy and constantly pushing himself, Maks succeeded. In fact, he actually invited his doctor to his first dance competition once he was healed.

Maksim has appeared on Broadway several times in shows including Burn the Floor and Forever Tango. According to several source, Maksim apparently left Dancing With the Stars to further pursue acting. Since leaving, Maks has appeared as Anton Ivanov on General Hospital. Check him out in the above GH clip where he shakes his rump in a mock dance of Magic Mike called “Magic Milo.”

Maksim also has two projects that are filming: Lovin’ Brooklyn and Lost Luck.

7. Sexy Maks Has Had Relationships with Multiple DWTS Cast-Mates 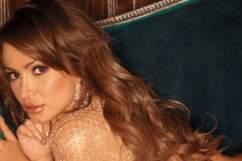 For a time, Maks was dating the beautiful Karina Smirnoff. In fact, the two were engaged. After the ending of their engagement, Maks showed jealousy towards Smirnoff’s celebrity partners on the Dancing With the Stars set. One example was little tiffs he had with Aaron Carter, who often commented on how sexy Smirnoff was. 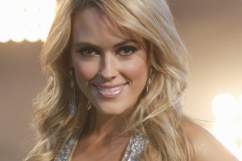 Last year, Maks and DWTS vixen Peta Murgatroyd had a relationship that lasted about a year and a half. He’s also been romantically linked to Kate Upton.

8. Dance With Me Dance Studios Is Maksim’s Baby

As one of the owners of Dance With Me Dance Studios, Maksim takes pride in the fact that it is one of the nation’s leading social dance studios with locations in NY, NJ, and CT. Partners include his brother Val Chmerkovskiy and DWTS dancer Tony Dovolani in addition to several others. Check it out at http://www.dancewithmeusa.com/.

Maks is also the founder of Rising Stars Academy and currently choreographs for the show La Reve in Las Vegas, Nevada.

9. Maks Has a Big Presence on Social Media

It’s fairly easy to follow Maksim’s every move online. Here are all of Maks’ websites, channels, and methods of contact:

He also has an IMDB page. You’re welcome.

10. Maks’ Biggest Challenge in Life Was in Coming to America

According to Maks’ Facebook page, he had to overcome great struggles to make it in the United States after leaving the Ukraine.

The next biggest challenge Maksim had to face was immigrating to America and the financial and language barriers that came along with the move. The entire Chmerkovskiy family moved here in order to start a new life and to give Maks and Val more opportunities. 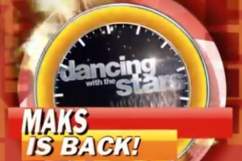 WATCH: Maksim Chmerkovskiy is Back on Dancing With the Stars 2013