Billy Joel had the world on the edge of its collective seat as he stepped forward to the podium at MSG to make his historic announcement. Since 1978, Billy Joel has played 46 shows at MSG, his announcement today solidified his place as part of the MSG dynasty.

1. He’ll Be Doing a Residency at MSG

Billy Joel has been named as the newest franchise of Madison Square Garden. According to the man himself, he will play concert at the World’s Most Famous Arena every month as long as there is demand.
He has been given his own logo.

2. His Dates Begin in January

Beginning on January 27, Joel is slated to play February 3, March 21 and April 18. All of those dates are sold out, the next available tickets are for his show on May 9, reports USA Today.

He hasn’t performed a solo gig in the US since 2008, he’s been playing shows in the UK and Ireland in preparation for his residency but before that hadn’t performed since 2010. But now he’s ready to dust off the piano keys and get back in the swing of things, his New York shows will actually begin with a one night stand at the Barclays Center in Brooklyn on New Year’s Eve. 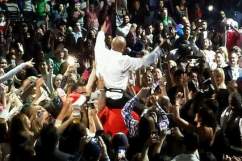 3. Billy Joel is Truly the Musical King of MSG

A pretty awesome video was shown about Joel’s history in MSG before the announcement.

4. He Was Late Showing Up

The press conference did not begin until 40 minutes after the announced 11 a.m. start time, like a true showman though he appeared in tow with MSG executives as well as legends from the Knicks and Rangers.

5. Everybody Loves the Piano Man

For some reason, Jack Osbourne was there: 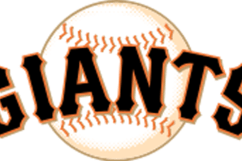