Authorities in Los Angeles have released the autopsy results for actor Paul Walker who was killed on November 30. The Fast and the Furious star was driving in Santa Clarita, California with his friend Roger Rodas when their Porsche crashed, killing both men.

1. Walker Was Killed by Burning and Trauma

A combination of the impact of the crash and the fire afterward killed Walker, according to the report.

2. Roger Rodas Was Not Killed by Burning 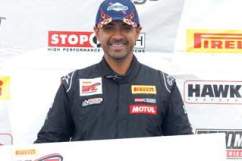 The full autopsy report has not been released, just the coroner’s report, the toxicology report will take 6-8 weeks.

4. Speed Was a Factor in the Crash

The report determines that the speed the men were traveling at contributed to the crash. NBC News reported earlier this week that the car was traveling at a speed at 45 mph around a 15 mph speed limit bend.

5. Paul Walker Was the Passenger in the Car

There had been reports that Paul Walker may have been driving the car, this appears to have been quashed by the release of today’s report.