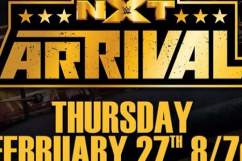 NXT ArRIVAL: The Results and Highlights You Need to Know

The launch of the WWE Network is like Christmas for wrestling fans everywhere. Not only will fans get to watch hundreds of WWE/WCW/ECW PPV’s, documentaries and more, they’ll also get to witness the NXT brand in all its glory. A special live event will be livestreamed exclusively on the WWE Network on Thursday, Feb. 27, at 8 p.m. ET/5 p.m. PT – NXT ArRIVAL.

Here’s what you need to know about this live, 2-hour special for WWE’s NXT brand.

NXT brand features the future superstars of the WWE. It features a host of independent wrestling superstars and athletes that have been signed and trained by the WWE’s official training staff (Bill DeMott, Billy Gunn, Nick Dinsmore, Norman Smiley, Ricky Steamboat, Robbie Brookside, Sara Del Rey and Terry Taylor). John “Bradshaw” Layfield acts as the NXT General Manager onscreen. NXT is based in Orlando, Florida and is filmed at Full Sail University in Winter Park, Florida. The current champions of NXT include:

2. The Pre-Show is Airing on the WWE Network Before The Event

Before the official start of the show, a 30-minute pre-show feature will be livestreamed on the WWE Network at 7:30 p.m. ET/4:30 p.m. PT. The WWE legends who will offer their expert analysis on the evening’s events include Bret “Hitman” Hart, Kevin Nash and Paul Heyman. A slew of other current superstars and wrestling legends will also make an appearance during the main show:

3. Adrian Neville Will Face Bo Dallas in a Ladder Match for the NXT Title

The current NXT Champion (Bo Dallas) will compete in a ladder match with high-flying superstar Adrian Neville (formerly known as PAC). Neville previously competed against Bo Dallas for the NXT Title on a December 4, 2013 episode, but was unable to win the belt from Bo due to a count-out finish. The title will finally be decided in this major ladder match encounter on NXT ArRIVAL.

Check out some highlights of a previous bout between these two NXT wrestlers:

4. Sami Zayn Will Face Off With Cesaro

Sami Zayn (the former El Generico) has entered into a fierce feud with “Real American” Cesaro. Both men had faced off with each other in some incredible matches that fans have regarded as 2013 matches of the year. They will once again take on each other in a highly anticipated rematch.

Check out the video below to watch their two out of three falls match from a previous edition of NXT:

5. Emma Will Challenge Paige for the NXT Women’s Championship

Paige is the current NXT Women’s Champion and will defend her championship against fellow NXT Diva Emma. Check out the video below to watch one of the matches both women faced each other in:

We’ll post up the live results/highlights of NXT ArRival, so stay tuned! 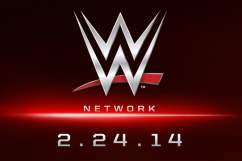 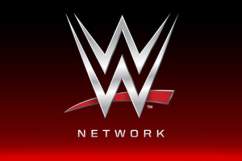