Philip Seymour Hoffman, 46, died as a result of taking a deadly cocktail of drugs, including cocaine and heroin, reports NBC New York.

The Oscar winner was found dead in his West Village apartment in Manhattan on February 2. Heroin had been the suspected cause as he was found with a needle in his arm. Hoffman had been sober for years before relapsing in 2012.

1. It Was an ‘Accidental Overdose’

His death has been ruled an accident. The drugs in his system were heroin, cocaine, benzodiazepines and amphetamine.

2. Hoffman’s Apartment Was Riddled With Drugs

There were dozens of bags of heroin found scattered around Hoffman’s apartment.

3. It Was a ‘Speedball’ Cocktail

Chris Farley died in 1997 of a Speedball overdose. (Getty)

It’s been rumored that he may have taken a speedball, a cocktail of heroin and cocaine in the same syringe. Over the years other actors such as River Phoenix, John Belushi and Chris Farley have perished as a result of taking a “Speedball.” 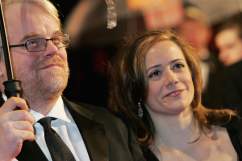 4. Benzodiazepine is an Anti-Anxiety Drug

Death from an overdose of benzodiazepines is unusual. The drug is generally used to treat anxiety.

Hoffman’s death had already been back in the news when Hoffman’s friend David Katz, settled a libel lawsuit against the National Enquirer. The tabloid had claimed that Katz and Hoffman were having a homosexual relationship. The Oscar winner actor, Hoffman, was discovered by Katz and his PA, Isabella Wing-Davey. 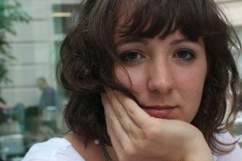