The trailer for the new Sin City 2: A Dame To Kill For comes out today! Nine years after the first film, Jessica Alba has returned and is hotter than ever as stripper Nancy Callahan. Bruce Willis will also be returning as Hartigan, along with some others, and Joseph Gordon-Levitt will be joining the cast as well. In addition, the film will be made in 3D. According to Screen Rant:

The Sin City 2 script – written by Miller and William Monahan (The Departed) – is expected to incorporate two original Sin City graphic novel stories, “A Dame to Kill For” and “Just Another Saturday Night.” “Dame” takes us back before “The Big Fat Kill” (a.k.a. the Clive Owen segment in the first movie) and explores Dwight McCarthy’s (now played by Josh Brolin) past, revealing the truth behind his facial reconstruction. Meanwhile, “Saturday Night” follows Marv (Mickey Rourke) on an adventure the same night that Hartigan meets up with Nancy (Jessica Alba) in the first Sin City installment.

For more info on the new movie, check out the Top 10 Facts in the below link: 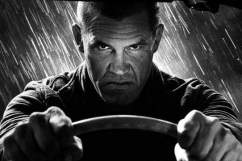 And for even more details, check out these links as well: 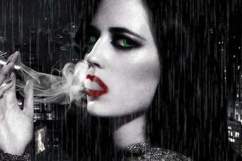 Read More
Celebrities, Jessica Alba, Movies, Twitter
The trailer for "Sin City 2: A Dame to Kill For" has been released and we've got the long-awaited video for you right here. Check it out.