On Dancing With The Stars tonight, Julianne Hough will come back to the ballroom as a guest judge. This will be her second time as a guest judge on the show. Last season she came back as a guest judge and some said she was a little tough on dancer Mark Ballas, saying that Ballas liked to hog the spotlight. Ballas wasn’t very happy with Julianne’s comment, as the two have grown up together. When recently discussing the incident, Julianne Hough stated:

I didn’t mean for it to come out harsh. I could have probably said it a little differently. 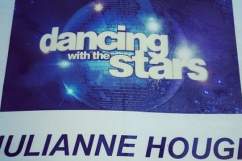 WATCH: Julianne Hough on Dancing With the Stars 2013 [VIDEO]

As for tonight, Julianne dished to People:

I’m very excited. It’s my home away from home … This season everybody is so great. We’re in the fourth week and everybody is really intriguing … You go in trying to give constructive criticism, but when the nerves get to you, you sometimes put your foot in your mouth, which I have done in the past. So this is my do-over.

In addition to having Julianne Hough on the show tonight, there is also a big switch up going on. Each contestant has been forced to switch dance partners for the week and we’ll see who’s paired up with who. For more information on the DWTS change up, click this link: 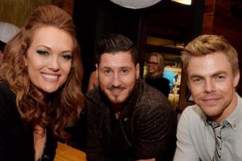 ‘Dancing With The Stars’ Switch It Up: New Surprise Partner Pairings