My name is Conan and… I'm into Thor cosplay. @MTV #MovieAwards pic.twitter.com/jVMCAOmdOo 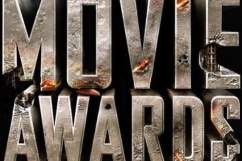 You can also check out the red carpet live stream in this link: 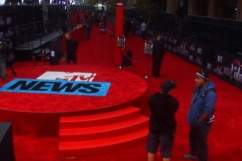 1. There Will Be a Tribute Made to Paul Walker

The show’s creator talked to MTV about the Paul Walker tribute that will take place tonight:

The special tribute to Paul Walker will be the first of its kind at the MTV Movie Awards. “He is so important to the MTV audience,” Ignjatovic said. “People haven’t had the chance to really celebrate him, and this is the place to do it.” 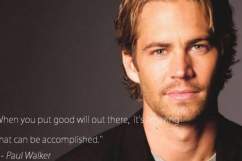 2. Eminem and Rihanna Are Bringing “The Monster”

@Rihanna and @Eminem will perform "The Monster" for the 1st time ever at the "MTV Movie Awards" tonight! pic.twitter.com/HNvhTmqQK7

While the focus of this awards show is movies, there will of course be several performances made by Ellie Goudling, Twenty One Pilots, and Zedd, featuring Matthew Koma and Miriam Bryant. Most importantly, Eminem and Rihanna will be singing their song “The Monster.” This is the second duet for the two stars, previously teaming up for their hit song “Love The Way You Lie.” As for the other performers, Ellie Goulding will be performing some Divergent tracks, singing “Beating Heart” and “Find You,” while Twenty One Pilots will perform their song “Car Radio.” 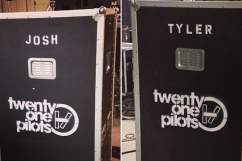 3. There Will Be Exclusive Sneak Peeks of Upcoming Films

As always, MTV will debut exclusive movie clips for its audience at the 2014 MTV Movie Awards. This year, an Amazing Spider-Man 2 never-before-seen clip, a sneak peek of X-Men: Days of Future Past, and a pre-show look at The Fault In Our Stars will be shown. There will also be an exclusive look at Guardians Of The Galaxy.

4. Conan O’Brien Is This Year’s Host

Funny man Conan O’Brien is taking the reigns as host at this year’s show. He’ll also be involved in some sort of motorcycle stunt with Ice Cube. Leading up to tonight, O’Brien has been featured in tons of MTV promos. Check out this one of him with actress Ellen Page as O’Brien tries to master running in a hamster ball.