Tonight was the 2014 iHeartRadio Music Awards and we’ve put together the Top 10 Best Moments from the night. Check them out below: 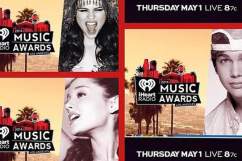 1. Pitbull & GRL Opened the Show on a Yacht

Of course @TheMostBadOnes were killin' it on stage tonight with @pitbull Great Job ladies! pic.twitter.com/AgZC2MQbkd 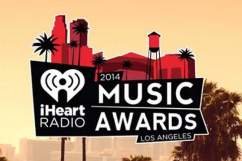 2. Rihanna Got Stuck In Traffic

About 40 minutes in we saw Rihanna for the first time, showcasing a Hellraiser-like hair-do.

3. Gwen Stefani Kicks Off a Tribute to Pharrell Williams

Because Gwen Stefani and Pharrell Williams were recently announced as new judges on The Voice, it only made sense that Stefani lead the star-studded tribute to Pharrell at the iHeartRadio Music Awards. 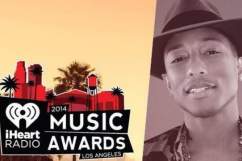 Because Miley is still sick in the hospital, her father Billy Ray Cyrus took the stage to accept her award for Best Lyrics. He dedicated the award to the late country artist George Jones and talked about how much Miley’s fans have meant to him as her father. He made no mention of Miley’s current health status.

Rihanna laughing at Ariana Grande my life is complete https://t.co/8EL6UED411

During Ariana Grande’s performance tonight, Rihanna couldn’t stop smiling and giggling. Some thought she was “throwing shade” at Grande, but it just looked like Rihanna was enjoying the performance.

After the awards, Grande was spotted holding hands with ex-boyfriend Jai Brooks. Click the below link for the details: 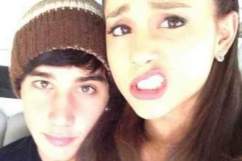 Click the “Next Page” button below for more amazing moments from tonight’s first ever iHeartRadio Music Awards.