UPDATE: Apollo Nida was sentenced to 8 years in prison according to the below source via HLN and TMZ. TMZ writes: Nida — who appears on “Real Housewives of Atlanta” with wife Phaedra Parks — was just sentenced to 8 years in federal prison for cashing stolen checks and laundering more than $2.3 mil through phony bank accounts. The judge who sentenced him today in a Georgia court said Nida did indeed cooperate with federal investigators by spilling criminal secrets … and that’s why he got leniency. Nida could have been sentenced to 30 years, so 8 years is a big victory.

He won’t have to surrender until a later date. We’ll keep updating as the news finally trickles out of the courtroom this afternoon. His mom was present for the sentencing, but Phaedra Parks was not.

Apollo Nida, husband to lawyer Phaedra Parks from Real Housewives of Atlanta, is facing the judge tomorrow, July 8, 2014. He has pleaded guilty to the fraud charges against him and it’s rumored that he’s struck a deal. However, we’ll know what kind of prison time (if any) Nida will be forced to serve once the judge makes his ruling. Nida faces up to 30 years behind bars and tells Radar Online:

I’m cool, just trying to keep everything in stride … I’m just waiting to get an update from my attorney … Support is definitely needed. I appreciate everyone [reaching out].

For more information on Nida’s case, click the below links: 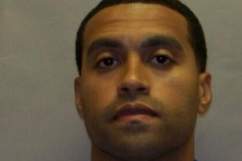 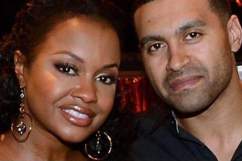