On the After the Final Rose special of The Bachelorette, the rejected Nick Viall couldn’t help but make a low blow to star Andi Dorfman, revealing to the nation that the two of them had sex. Since Nick’s big reveal, winner Josh Murray has come out to Us Weekly with some words of his own. At first he thought it was funny that Nick kept reaching out to Andi even though she had broken things off, but, as far as his sex comment, Murray thought it was distasteful.

I really don’t pay any attention to Nick. I’m just focused on Andi and I, and we have a phenomenal relationship and that’s all the past. I couldn’t care less about him … Yeah, to be honest, it was very classless and disrespectful. It just shows the type of person that he really is. I don’t associate myself with those kind of people and neither does Andi. So it’s nice that that’s over with and no concern to us or our lives.

As far as why Josh didn’t address the situation right when it happened, he was actually preparing himself backstage and didn’t even see what happened. He actually said he prefers to never see that dialogue between Nick and Andi.

Andi Dorfman had some things to say about the situation as well:

I think everyone is probably in agreement that it probably wasn’t the most tasteful route that Nick chose to go After the Final Rose, but it doesn’t negate the relationship that I had with him. That relationship, she said, was “one out of respect. 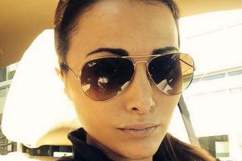