6. The Final Day of SDCC 2014 Will Feature a Final Lineup of Great Shows

Once the final day of SDCC 2014 arrives (July 27, 2014 on Sunday), this final gathering of TV shows will be shown during these planned panel appearances:

7. The Special Guests Lineup Will Be Amazing

SDCC 2014 has already announced its exciting selection of famous comic book/TV show artists, writers and more. Some of the big names on hand for this expo include Neal Adams, Gregg Hurwitz, Jim Lee, Bryan Lee O’Malley etc. Check out this LINK to see the full lineup of special guests who will be on hand to please the crowd at SDCC 2014.

8. The Famous Masquerade Ball Will Be Presented by HBO; Several Other Side Events Will Be Held

HBO will be handling the presenting duties for the annual SDCC 2014 Masquerade cosplay presentation. All of the participating contestants have already filled each spot for this awesome stage show. Some of the other planned side events for SDCC 2014 include the:

9. The Video Games Representation Wil Be Strong on Each Day

Along with the presence of movies, TV shows and mass amounts of cosplaying, video games will also get their time to shine during the entire event. Three of Warner Bros. Interactive Entertainment’s new upcoming games (Batman: Arkham Knight, Middle-Earth: Shadow of Mordor and LEGO Batman 3: Beyond Gotham) will be shown. Electronic Arts is going to show off Battlefield: Hardline at their own panel, too.

There will also be a special panel held for the novel, Console Wars: Sega, Nintendo, and the Battle that Defined a Generation. And the Mega64 crew will also show up to deliver the hilarity they’re known for. Speaking of Nintendo, they’re hosting a Super Smash Bros. 3DS tourney (details can be found here).

10. A Ton of Exclusive Items Will Be Sold and Given Away for Free 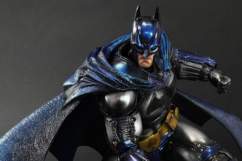 San Diego Comic-Con 2014: The Exclusives You Need to Know

Every year at San Diego Comic-Con, tons of participating companies bring a great selection of exclusive items. These items cover the gamut of toys, action figures, statues, comic books, posters and much, much more. To see the full lineup of great exclusives that will be presented at SDCC 2014, hit up the link seen above.