Tonight is the premiere of the new season of 19 Kids and Counting and we’ll get an even better look at the relationship between Jessa Duggar and Ben Seewald. In the above video, you can catch the couple’s relationship from the very beginning. Read on for the facts on the couple below:

1. Seewald Moved In With the Duggars

On the new season of 19 Kids and Counting, we see Ben Seewald actually move into the home of the Duggar family. So, how does Mr. Duggar feel about this? He reveals:

It has been really good. He has been able to spend a lot more time with Jessa and our family. We have a guesthouse in front of our house, with a shower and everything, separate from the main house. It is a little more labor intensive for Dad – we did set a curfew. By midnight, every night, we need to make sure everybody is back in their place.

As for Jessa, she loves being able to see Ben on a daily basis, rather than just once or twice a month. Ben had been living with his parents four hours away from the Duggars in Hot Springs, Arkansas. Mr. Duggar offered him a job so that he could be closer to Jessa.

2. Ben and Jessa Are Engaged

Ben proposed to Jessa after just 11 months of dating and Jessa changed her last name to Seewald on her Instagram almost as soon as she said, “yes.” Daily Mail reported:

The announcement of their engagement came just two months after Jessa’s sister Jill, 23, married her fiance Derick Dillard in June.

3. The Couple Has a Chaperone

Even living together, Jessa and Ben have a chaperone with them at all times. The couple waited until they were engaged to hold hands and will continue to wait until they’re married to have their first kiss. Ben does admit that living together does pose some problems at times, though the couple is watched at all times.

You’re human, so the physical side is there for a reason, and it’s to draw you toward marriage. Naturally it’s going to be difficult if you try and refrain from that for a season. It could be more difficult to maintain courtship standards if you’re around the person a lot more and you see them more often.

4. Both of Them Come From Large Families

We all know that Jessa comes from a huge family, but Ben does as well. He’s actually the oldest of seven children. The couple hopes to have a big family of their own someday and even wishes to adopt in the future. Duggar told People:

We are talking about our goals and even just like future, with family, we both talked about adoptions. We are open to having children and both want to adopt, too.

5. Jessa Cannot Wait to Get Married

Y’all! I still can’t believe it! I’M ENGAGED TO THE MOST AMAZING GUY ON EARTH! Every time I look down at the ring on my finger…it takes my breath away! I love you, @ben_seewald! 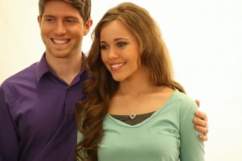 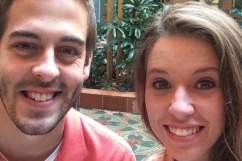 Read More
Reality TV, TV
On this season of 19 Kids and Counting, there's a big wedding, but also big news on engaged couple Ben Seewald and Jessa Duggar. Check out all the facts.