According to Radar Online, Nene Leakes is a front-runner for replacing Joan Rivers on Fashion Police. E! is supposedly looking to Leakes for her comic timing, her big personality, and they’re looking for a different ethnicity on the panel.

God is opening up so many doors in my life right now and I just wanna praise him! I am truly grateful

As far as Leakes’ fashion repertoire goes, Radar reports that she qualifies as a fashion voice because:

In addition to making reality fans laugh on RHOA, Leakes, 46, launched a clothing line for HSN which was a smashing success. Most of the clothes in her NeNe Leakes Collection sold out in a day.

Kathy Griffin is also a front-runner for the position, but can anyone ever really replace a legend like Joan Rivers? According to Fashion Police star Kelly Osbourne, they can’t. Radar Online reports that:

She feels that it is pointless to continue on with the show. Kelly says that anyone that you try replace Joan Rivers with will fail miserably.

On the one hand, the outspoken NeNe is perfect. When it comes to outrageous shoes and bags and accessories, the former Dancing with the Stars contestant knows her stuff. We’ve never seen her with a single hair out of place or her nails undone. Like Joan, she isn’t the type to hold back when she has an opinion. In fact, the show’s producers will probably have to ask her to temper her comments about other celebs.

Melissa Rivers and the rest of the E! family feel that Rivers would want the show to go on, which is why the show will return in January. 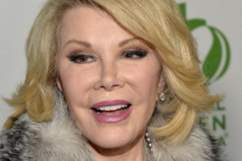 The Fate of ‘Fashion Police’: It Will Resume in January 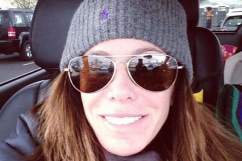 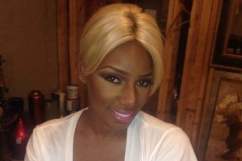