Criminal Minds returns for its 10th season and we’ve got a jam-packed season. There’s a new agent on the team, the premiere takes us undercover, a season-long unsub is in the mix, and we’ve got some specific episode info, plus details from showrunner Erica Messer.

– Jennifer Love Hewitt joins the team as Agent Kate Callahan. She starts off on the show undercover and apparently has a powerful backstory that only Agents Rossi and Hotch know. In the beginning of her time on the show, she mainly works with Hotch and Rossi, though she’s part of the entire team. There are no issues with her coming aboard because the rest of the team has supposedly met her before. It’s pretty much back to business. For all the information on Hewitt’s role on the show, what we can expect to see from her this season, and more, check out the below link: 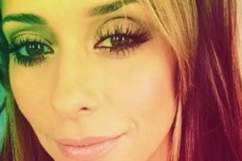 – The plot summary of the premiere episode “X” reads:

The BAU team investigates a series of murders in Bakersfield, Calif., which have left the victims unidentifiable. Also, the team welcomes new agent Kate Callahan into the BAU fold, who assists them in their efforts in solving the cases.

– Remember The Replicator? Well, get ready for another season-long unsub. TV Guide reports:

For the second time ever, the series will feature a season-long unsub, who will be introduced at the end of the premiere after the BAU thinks they’ve closed the case of the week, which involves human limb collecting. Technically, they do solve the case, since the new, overarching one spans beyond chopping off some arms and legs.

The unsub is only part of the puzzle. It will culminate in the finale. We try to break our last two episodes of the year as a movie. We know pretty much how Part 1 would end and how the finale would end. You’ll probably think one thing [after you see the premiere], but it’s bigger than you think.

– Reid’s schizophrenic mother, played by Jane Lynch, may return to the show. Messer is trying to thing of a big way to bring her back for an appearance that is neither upsetting nore tragic.

– The fourth episode, titled “The Itch” is supposed to be the most disgusting one yet. Erica Messer dishes about the gross unsub to TV Guide:

He tortures people with live cockroaches because he wants them to believe him,. We had 1,500 live cockroaches on set. The psychological torture of this one is victim and audience alike! I kept squirming and closing my eyes when I watched it. It will creep people out!

– To celebrate 10 seasons of the show, there will be a big mid-season episode that will bring back a bunch of our favorite characters of the past.

Garcia (Kristen Vangsness) will be suffering from PTSD as a result of shooting the pseudo-nurse who tried to poison Reid in the season finale. In the second episode, she will meet with the guy in prison and get some closure, but look for it to pop up again.

Kate is a really interesting woman. She comes to the BAU with her own experience, which I like. I wasn’t quite sure at first if I was going to be a newbie who hadn’t done this before. When they told me about her, I was really excited that she comes with her own background and talent. She had met the BAU team before in an interesting way, which they talk about in my first episode. It’s fun how they’ve all run into each other one other time before Kate gets added to the team. She has a lot of gumption. She’s very feisty. If she’s afraid of a bad guy, she doesn’t show it. She enjoys her job. She really enjoys understanding these people better and getting them put away.

In Episode 3, BAU will be dispatched to the site of “one of the largest disasters with mass casualties they’ve seen in their 10-year history.” 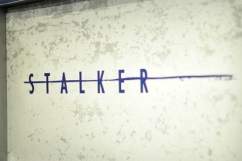