I-G-G-Y Azalea is the musical guest on tonight’s episode of Saturday Night Live. Over the past year, she’s had a Lakers boy at her side, dealt with celebrity beefs from Nicki Minaj to Snoop Dogg, her fame has sky-rocketed, and she’s had a sex tape scandal. Read on for all the facts on Azalea to get an inside look at what Azalea deals with on a daily basis.

1. Iggy Is Debuting a New Song as the SNL Musical Guest Tonight

Jim Carrey is hosting SNL, which is a majorly big deal, but Iggy Azalea as the musical guest on top of that, makes for an epic episode. Plus, Azalea will be performing a brand new song titled “Beg For It.” Check out the new tune in the above audio video. You can also check out the SNL promo of Iggy and Carrey in the below clip.

2. Snoop Dogg Was Recently In a Feud With the Female Rapper

Earlier this month, Snoop Dogg jokingly posted an ugly photo online, labelling it ‘Iggy Azalea with no make up,’ which immediately caught a ton of attention. Iggy and Snoop then began an exchange of Instagram photos and tweets until rapper T.I. stepped in and called Snoop. As a friend to both, T.I. felt he needed to help stop the feud. Snoop then apologized via video on Instagram, but Iggy is reportedly not over the situation. Since their feud, Iggy Azalea has stated that she will never make a song with Snoop Dogg.

Think we might see a Snoop Dogg vs. Iggy Azalea skit on SNL?

3. Her Ex Has Reportedly Been Trying to Shop a Sex Tape of Iggy 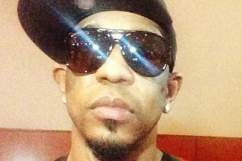 Iggy Azalea’s ex, music artist Hefe Wine, has reportedly been trying to sell a sex tape with Iggy. At first, Iggy claimed the girl in the video was not her, but later realized that is was and she was, understandably, not pleased. When confronted by TMZ about the situation, Hefe said that the hard drive to his computer was stolen, but reports tell a different story.

4. Nick Young Is her Boyfriend

Lakers player Nick Young is the boyfriend of Iggy Azalea. He’s had her back through her sex tape battle, through a nude pics scandal of their own, and through Iggy’s feud with the legendary Snoop Dogg. Young’s nickname is Swaggy P., given to himself by God … well, at least, that’s what he says in an Instagram video he posted. Young stated:

Like God came in a dream, talked to me, and he gave me that name. And I was like, ‘You know what, God? That is a funny name and I might need to run with it.’ And ever since then, I’ve been calling myself ‘Swaggy P.’ It’s a household name now.

Young has one child, a son from a previous relationship.

5. Iggy Recently Had an Incident With the Paparazzi

With paparazzi constantly hounding celebrities, everyone loses their cool sometimes and Iggy Azalea is no different. Earlier this month, Iggy got into a fight with a paparazzo outside a grocery store. Watch the footage of the incident in the above video.