For the reward challenge, the winning team was Coyopa and the losing team Huyopa sent Jon to exile island because they believe he’s strong enough to make it on his own. The winners got a huge taco bar with iced tea, beer, and margaritas. Meanwhile, Josh tries to get Baylor on his side and the two of them are both getting fed up with each other. Jon gets the opportunity to get an idol on exile island, so he goes on the hunt and finds it. The guys on Huyopa become extremely obnoxious to the women and the girls get fed up, especially with Jon away. After competing against each other in the elimination challenge, it was Huyopa who lost again.

It was tied between Josh Canfield and Baylor Wilson with only one more vote for Josh at the elimination, so the team said goodbye to him and his boyfriend Reed kissed him farewell. 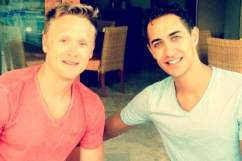