It’s season 3 of The Americans and we’ve gathered all the biggest spoilers we could find, along with the official episode descriptions of the first five shows. So, let’s just dive right in … Spoiler TV gives some info about the very first scene, writing:

The first scene of the new season opens to a nostalgic feeling Elizabeth. In a short flashback/daydream sequence (it’s unclear which) Elizabeth thinks back to when she first taught Paige how to swim. While Phillip & Henry worked through it slowly in the shallow, Elizabeth opted for the more direct method by throwing Paige into the deep end.

One new character that will be playing a big role in the new show is “Gabriel.” Spoiler TV reports:

Newly cast Frank Langella shines as Phillip and Elizabeth’s former handler “Gabriel”. Gabriel works well as a surrogate father for the two of them and is just as interested in Paige’s future as her parents are. Gabriel’s influence will undoubtedly play a major role in how Elizabeth and Phillip go about their spy lives this season.

Nina is reportedly absent in the first episode, though she will return. This season there is reportedly a Kama Sutra sex scene and star Matthew Rhys opened up to Showbiz Junkies about his reaction to it, saying:

You know, any sort of sex scene there’s usually a big gulp that comes with it. But the sex in their relationship is just an enormous part of it, in an entirely different way than it is with Elizabeth. So, Phillip realizes it’s a large appetite of Martha’s that needs satisfying so it’s one part of the many pieces that he needs to maintain in order for its smooth running … Oh, it was difficult. We had to stand on one foot. We tried a few of those and I’m like, ‘I don’t even know how they did this.’ It’s one of the most uncomfortable things you could try. I don’t actually recommend it.

Star Keri Russell also opened up about the focus of the new season to Showbiz Junkies and reveals the emphasis on children this time around, explaining:

Well, it’s always about the main things that it is about, about relationships and trust and vulnerability, but I think this season does focus a lot on parenting and what you want to impart on your kids. I think the personal moment is really about what do you want them to know about you? And I feel like it’s a really relatable thing. I think if a parent had this huge secret, or life, you’d want them to know that about you. I think it’s less for Elizabeth about recruiting Paige and more just about her true life being seeing and for Paige to know who she really is, versus this, in her mind, farcical Christian camp that is just ridiculous to her. She’s like, if someone’s going to indoctrinate her, it’s not going to be them.

Russell also talks about the issues that arise over character Paige, revealing:

I think this season is very much about Phillip and Elizabeth’s huge divide and constant friction about Paige. I think Phillip is solely based on protection and I think Elizabeth is like, ‘It’s happening. Paige is going away anyway, so why not tell her who we really are?’ And I think in a way that relationships are so personal, especially raising kids is so personal, I think she feels that every time he rejects that idea of telling Paige, he’s rejecting everything Elizabeth is. So it just gets really personal.

Showrunners Joe Weisberg and Joel Fields spoke with Hit Fix and said that the new season theme is “quietly nuanced.” What Weisberg could reveal about season 3 was this:

There’s a lot of cool stuff with Afghanistan. It’s a really big year in the Soviet war in Afghanistan. You can just look at that great picture of Reagan sitting with the Mujahideen, things are starting to turn bad for the Soviets and they need Philip and Elizabeth to really help them out. And a lot of the missions and spy work of the season are going to revolve around Philip and Elizabeth trying to help out in America, and of course it’s not hard to help out in America, because that’s where the CIA is, and the CIA is obviously central to fighting that war.

And then Fields chimed in with more information, revealing:

There’s also the return of Gabriel, who was their longtime handler, played by the incredible Frank Langella. Having been through the ringer with Claudia, having struggled with the inexperienced Kate, now they get their old, loyal, faithful friend back to help them, but he’s helping them with the hardest thing they’ve ever had to face and the Centre isn’t backing down.

Another big spoiler, reported by Christian Today is that:

E! News recently spilled some details about the alleged involvement of Philip with an underage girl. According to the spoilers, the alleged relationship will make the viewers feel uncomfortable when watching the scenes that will reportedly air starting the fourth episode of the season.

Now have a look at the first five episode descriptions of the season below.

Episode 1 – “EST Men” (Airs January 28, 10:00 pm e/p) – Tensions simmer between Philip and Elizabeth as they disagree over handling orders from the Centre. When Elizabeth loses key intel, Philip enlists Annelise on a mission with an unexpected outcome. Stan tries a new approach to mending his marriage with Sandra amidst learning tough news about Nina.

Episode 2 – “Baggage” (04-Feb-2015) Elizabeth and Philip come together to deal with a mission gone wrong but struggle to reconcile their increasingly opposing ideologies. Stan welcomes a Soviet defector, Zinaida, to America. Nina acclimates to her new living arrangements.

Episode 5 – “Salang Pass” (Airs February 25, 10:00 pm e/p) – Philip juggles the many women in his life while Elizabeth takes drastic measures to complete a mission. Stan asserts a plan to save Nina with an unlikely ally. 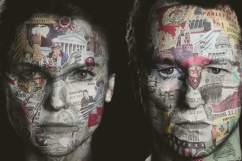 Read More
Celebrities, The Americans, TV
Check out all the spoilers, cast info and premiere news on season 3 of The Americans. Plus check out our episodes guide for 2015 right here.