The day has arrived! Episode 2 of #TheBachelor tonight at 8/7 on ABC

Check out the live recap of tonight’s “Chris Tells All” special episode of The Bachelor as we get the dirt from star Chris Soules himself. Plus, former contestant Kelsey Poe shows up to talk about her “panic attack” that has been thought to be fake by her fellow contestants. In addition, Chris Soules has said that the timing of her panic attack was a little suspect. Another guest who stops in is former Bachelorette Andi Dorfman, who recently announced her split from fiance Josh Murray. Dorfman sits down with host Chris Harrison to talk about what might have gone wrong in the relationship.

Things start off with Kelsey Poe returning to talk about her being on the show. Host Chris Harrison said she was controversial, but she didn’t think she was. He explains to her that the others felt she was condescending. Poe says she doesn’t think she’s better than the other women. Poe also talks about when she talked to Soules about her late husband and then the panic attack of course. Harrison asked her if she faked the attack and she said “no.” She said that she just felt flooded with emotion and said she never had a panic attack prior to this. Harrison said she seemed to recover rather quickly, which is why many suspected her attack to be fake. Poe admitted that her behavior was awkward, but says it was partly from embarrassment, mixed with her trying to pull herself together. 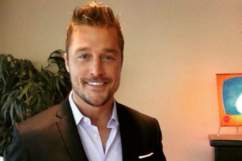 When asked about how Poe felt about Ashley Iaconetti calling her fake, Poe said she was trying to remain calm and said that Iaconetti is really an incredible person, despite all the bad things Poe said about her.

The first question asked to Chris Soules was about the drama this season. He says he knows less about women than he ever thought he knew. Then, we get to hear more about the crazy Ashley Salter. Soules said he definitely noticed something was off on the zombie date. He said she wasn’t acting normal. Additional footage is shown of Ashley S., exploring the production area and the coverage makes her look even stranger. She thought the production crew was betting on her and the other contestants. Harrison says, to be fair, the audition tape of her was very normal.

Next, we get to hear about drunk Tara and Soules admits that that’s something you don’t necessarily want to see in a wife. And, of course, things moved on to drunk Jordan. Soules admitted he noticed a red flag. He then talks about Jordan Branch’s plea to return to the show. He says he realized that was a big mistake rather quickly. When it came to Jillian, Soules said he liked her short shorts, but he wasn’t a fan of some of the comments she was making on their solo date. He said they just weren’t on the same page.

When Soules talked about saying goodbye to Juelia, he said that she’d gone through more than anyone her age should’ve had to have gone through in life.

Then, Soules and Harrison talked about how funny Jimmy Kimmel was when he appeared on the show this season. And, we get to hear about the most awkward “love guru” date of the series. Finally, we get to hear about Britt, who Chris Soules had an instant connection with, giving her the first impression rose and first kiss on the premiere episode.

Finally, we hear from Andi Dorfman. In Dorfman’s tearful sit-down with Chris Harrison, she admitted that she truly loved Josh Murray. She said she hasn’t been coping well and that the decision to break up was after a while of struggling in the relationship. Dorfman said she knew she found her soul-mate when she got engaged to Murray and it’s so hard to talk about it. She said that at the premiere, they got so many questions about wedding plans and it was eye-opening for them. She said the decision to end things was mutual. Dorfman said that they didn’t better each other, that they’re both very powerful personalities, which is difficult. She said they both loved each other and fought for the relationship, but it was very hard to make it work. She said she will always love Josh Murray.

Dorfman said she will always love Josh Murray and they don’t talk much because there’s too much hurt and sadness. Dorfman said that the end of her relationship with Murray feels like the biggest failure of her life. 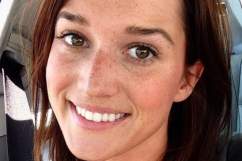