Vegas has so much to offer. We saw #BeatlesLOVE tonight at the @mirageLV and it was spectacular! @cirquedusoleil is brilliant ! #artistry #athletes How do they do that??

Leeza Gibbons is up against Geraldo Rivera as the final two contestants on this season of the Celebrity Apprentice and she has won. Over the course of the season, Gibbons has shown brilliant leadership, great listening skills, resourcefulness and creativity. She’s a success in the entertainment industry, with an estimated net worth of $20 million and she’s a perfect candidate for the Apprentice win. Read on for the facts on Gibbons. 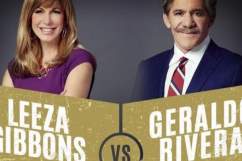 1. Gibbons Is Married to Steven Fenton

In 2011, Gibbons married Steven Fenton, a man 13 years younger than she is, and they married on the rooftop of the Montage Hotel in Beverly Hills. The couple had their first date, a blind date, at the venue just two years prior to their wedding. Gibbons’ three children, Lexi, 21, Troy, 19, and 13-year-old Nathan were the only guests at the wedding. Fenton talked about his wife to People stating:

Leeza is the most kind person I have ever known. It’s that compassion that I see every day in her children. My life is now complete.

Gibbons’ kids Lexi and Troy became ordained ministers so they could jointly officiate their mother’s marriage to Fenton.

Fenton is the former president of the Beverly Hills Board of Education.

2. Vivica Fox Gave Up Her Spot On the Show In Support of Gibbons

When Fox, Geraldo Rivera and Leeza Gibbons were brought into the boardroom with Donald Trump, Trump let them know he was going to fire one of them. Fox told him that he could not get rid of Gibbons because she was a stronger player. She had nothing but amazing things to say about Gibbons and said her leadership skills were very strong. Gibbons is a fierce competitor, but, throughout the competition, she has remained fair and battled with class.

3. Brandi Glanville Is a Big Fan of Gibbons’

@brandiglanville with her cute glasses,working with me on @apprenticenbc tonight -we won the task but #CelebApprentice is heating up!!

Gibbons did not have one enemy on Celebrity Apprentice and she earned the trust of many of her fellow competitors. In addition to Vivica Fox, reality star Brandi Glanville was a huge fan of Gibbons and was one of her helpers in her final task. Glanville stated:

I’m here for Leeza because I’ve never met a more kind, genuine person. She’s inspirational, aspirational. She’s never once not given 100 percent. Leeza will kill this.

On my way to see may pals at @GDLA to talk about @apprenticenbc I always love being on their show! !

Gibbons was married to John Hicks from 1980-1982, then Christopher Quinten from 1989-1991, and then Stephen Meadows from 1991-2005, before she married her current husband Steven Fenton. Meadows is an actor known for being on One Life to Live and Quinten is a British actor who was accused of rape in August 2005 though he was later cleared of the charges.

It's starting to come together!! Construction on our #DreamHouse is moving along! Very exciting!

Leeza Gibbons’ charity is called Leeza’s Care Connection and it’s dedicated to Alzheimer’s Disease in honor of her mother Jean, as well as other family members. Her charity’s mission statement talks about how her mother’s illness inspired the charity:

My family’s journey with my Mom’s Alzheimer’s Disease allowed me to see how we were called upon to show up in our own lives and grow our courage in ways we never imagined … Years ago we created what we wished we had when our family was lost, frustrated and frightened while caring for my mom. It was a promise I made my mom, “to tell her story and make it count.” By offering our free programs to family caregivers I have learned that it takes great strength to know your limits.

The purpose of Gibbons’ charity is to provide a shoulder to lean on for those dealing with the affects of the disease. The charity’s website reads:

At Leeza’s Care Connection, we are a supportive hug, a safe place to cry, a room for worry and a community of care. We are a family who gets that being a caregiver can be both a burden and a blessing. But more than that, we are a team of people who have been there. We can hold your hand and help you find answers. 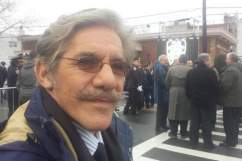