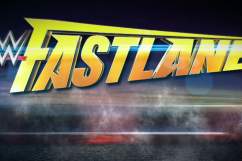 How to Watch WWE Fastlane 2015 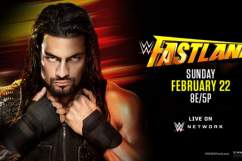 Fastlane KickoffWWE Fastlane Kickoff will feature Paul Heyman on a special edition of “Miz TV.” Find out what Heyman has to say about Daniel Bryan vs. Roman Reigns on the Fastlane Kickoff, starting tonight at 7 p.m. Watch FULL WWE PPVS : bit.ly/1tpL79z Don't forget to SUBSCRIBE: bit.ly/1i64OdT2015-02-23T01:20:56.000Z

We’re riding on the drama filled road that will end when the WWE arrives at WrestleMania 31. The Superstars and Divas of the WWE will engage in a new PPV – Fastlane. This 1st installment will feature a nice offering of championship bouts and an intense face off that we’re highly anticipating. Here are the results and highlights straight from WWE Fastlane 2015.

Results/Highlights: Ziggler and Rollins started the match off. An intense lock up sessions began between both men, which led to a quick game of who could get the upper hand. Ziggler jumped into Rollins, but Rollins caught him an a powerbomb position. Ziggler countered by rolling over and almost rolling up Rollins for the win. Rollins kicked out and dodged a super kick, then left the ring. Back in the ring, Ziggler managed to put down Rollins with a beautiful dropkick. Rowan got tagged in and began to go to work on Rollins. Rowan landed a nice Pump Handle Backbreaker and elbow drop on Rollins. Rollins managed to escape Rowan’s wrath and tag in Kane. Kane ran into a nice body slam from Rowan, which was followed by a top rope shoulder block. Kane shook off all that damage and tagged in Show. Show landed a few strikes and received a few from Rowan, but both men soon fell out of the ring. Rowan went to fend off J&J Security and then looked to land his spinning kick on Show. Show dodged at the last second, which led to Rowan injuring his leg by hitting the steel ring post. Show threw Rowan back into the ring to work on Rowan’s injured limb. Kane got the tag and helped his team further tear down Rowan’s leg. Rollins soon made his way into the ring and worked over Rowan’s leg, too. Rowan tried to fight back, but Rollins put him down with a top rope Blockbuster. He only managed to get a 2-count, though. Show got back in and laid in some stiff strikes to Rowan. Show broke out his unique submission hold to injure Rowan even more. Show released the hold and went for a Chokeslam on Rowan, but Rowan countered with a huge DDT. Show got back to his feet and tagged in Rollins. Rollins kicked Ziggler off the ring, but Rowan laid out Rollins with his spinning kick. Rowan tagged in Ryback, who went to town on Rollins. Ryback powerbombed Rollins and used his Meat Hook lariat to lay out Kane. J&J Security got involved to distract Ryback, which helped Rollins land a nice Super Kick. Rollins went for a top rope maneuver but he got caught in a Shell Shock BY Ryback. Before Ryback could pin Rollins, Show landed a big splash on Ryback. Ryback tagged in Ziggler, who went crazy attacking Kane and Show. Ziggler landed his biggest moves on Kane and even Rollins. While Ziggler tried attacking Kane in the corner, Show snuck behind the ref and landed his KO Punch on Ziggler. Kane finished off Ziggler with a Chokeslam for the win. After the match, Rollins landed a Curb Stomp on Ziggler & Rowan while Kane and Show chokeslammed Ryback. All of a sudden, Randy Orton returned to fend off The Authority. Orton landed RKO’s on Kane and J&J Security. He almost beat down Rollins, but Show saved him and helped him escape. Rollins exited the arena while Orton taunted him in the ring.

Results/Highlights: Stardust and Goldust locked up, but the crowd distracted Stardust with chants of Cody. Goldust looked to shake Stardust’s hand, but Stardust kicked his hand away. Goldust began to get the better of his brother in a series of move exchanges. Stardust looked to put down his brother with a kick to the gut, but Goldust eventually countered him and looked to land his big finish. Stardust escaped to the outside of the ring. Dusty could be seen backstage watching the match unfold. Back in the ring, Goldust continued to best his brother and knocked him out of the ring again. Stardust and Goldust restarted their intense bout with exchanges of their signature palm/foot strikes. Stardust was forced to retreat once again after Goldust looked to land his Golden Globes move in the corner. Stardust eventually got the upper hand by kicking his brother in the gut as he came off the top rope. Stardust worked over Goldust with a leg lock around his waist for a while, then he dropped him to the mat with a front suplex. Stardust pulled off a cartwheel to show off before he threw Goldust back first into the corner of the ring. Stardust pulled off that same throw in the corner move a second time and locked him in a submission hold once again. Goldust looked to get back into the match with his reverse elbow, but Stardust dodged him at the last minute. Stardust looked to land his finisher on Goldust, but Goldust managed to lock him up with a surprise pin. It’s interesting to note that the ref clearly made a mistake during his 1-2-3 count, which the crowd picked up on. After the match, Goldust finally made Stardust shake his hand.

Results/Highlights: Kidd and Jey began things with a lock-up exchange. Jey got the better of him with an elbow strike and a body slam. Jimmy got tagged inn and helped land a nice tag team maneuver to Kidd. After several stiff chops, Jimmy hit a corkscrew splash to Kidd. Kidd got thrown into the ropes and managed to quickly tag in Cesaro, who helped Kidd chop Jimmy’s legs to put him down. Cesaro pushed Jimmy into his team’s corner, which saw Jimmy attempt to fight both men off. Kidd got the last laugh by landing a Dragon Screw on Jimmy’s injured leg on the rope. Afterwards, Cesaro and Kidd continued to work over Jimmy’s injured limb. Cesaro even locked in a Single Leg Crab and swing him around while holding him by his leg. Kidd came into the ring with a springboard leg drop on the back of Jimmy’s head to continue hurting him. Jimmy eventually to get to his feet and tag in Jey. Jey went into overdrive mode and beat down Cesaro. Jimmy had to kick Kidd off the ring apron before he went back to work on a weakened Cesaro. Jey went to the top rope, but Cesaro caught him with a top rope superplex that was finished off with a Kidd Springboard Elbow Drop. They only got a 2-count, though. Kidd went for his Sharpshooter on Jey, but Jey fought out of it and helped his brother land a double Samoan Drop on Kidd. Jimmy stayed in the ring to further beat down Kidd, but things went off the rails as the action spilled to the outside. Kidd even got dropped back first into the crowd barrier by Jimmy. Back in the ring, Kidd countered a Superfly Splash from Jimmy and soon locked him into his Sharpshooter. Jey saved his brother by superkicking Kidd, but Cesaro followed him in and pushed him out of the ring. Jimmy and Kidd slowly got back to their feet, but as everyone returned inside the ring. Jimmy Superkicked Cesaro out of the ring, but Jimmy was put down with Kidd’s spinning neckbreaker soon after. Kidd finally pinned Jimmy for the win.

Highlights: HHH came out with his street fight gear and an intense look on his face. HHH told the crowd that he arrived as the heartbeat of the WWE and the undisputed “King of Kings.” He screamed for Sting’s appearance. Sting’s music finally hit and he entered the arena to a loud applause from the excited crowd. Both men engaged in an intense stare off. HHH broke the ice and told Sting about his failure as a loyal soldier for WCW. HHH reminded Sting that hi s role as a WWE backer helped put WCW out of business. HHH told Sting that failing is just what Sting is good at. Sting looked on quietly as HHH made him an offer to do business together and keep his legacy alive. HHH’s spoke about further avenues of merchandise for Sting that would make him even more revered than he’s ever been before. HHH seemingly got frustrated as he threatened Sting with a severe beating. HHH gave Sting the choice to do what’s best for business or fight him instead. HHH went for a cheap shot on Sting, but sting punched him back down. HHH then put sting down by hitting him with the live mic. HHH then began putting the boots to Sting. HHH picked up his sledgehammer for great measure. Sting surprised HHH with his steel bat, which made HHH cower in fear. Sting made HHH drop his sledgehammer. Sting then pointed to the WrestleMania 31 sign, which signified that Sting wanted to face HHH at the big show. HHH tried to run up on Sting, but Sting cracked him with his bat and finished him off with his patented Scorpion Death Drop. Sting vs. HHH was later confirmed for WrestleMania 31.

Check out the next page to get more results/highlights from WWE Fastlane 2015!