The 2015 ACM Awards are finally here, which makes for the 50th anniversary of the Academy Of Country Music Awards. The show begins at 8:00 p.m. EST and runs until around 11:30 p.m. EST on CBS. Check your local network and TV provider (ie. FIOS, Optimum, Time Warner) to find out what station CBS is on in your area. Tonight’s show is hosted once again by Luke Bryan and Blake Shelton and the list of performers includes a reunion of Brooks & Dunn, a collaboration of Rascal Flatts with Christina Aguilera, and performances by many other A-list artists. Presenters at the show include Sofia Vergara, Steven Tyler, Reese Witherspoon, Trisha Yearwood, and Kelly Clarkson. For more information on the awards show, check out all the details below.

CHANNEL: CBS – Check your local network provider (ie. FIOS, Optimum) to find out what station CBS is on your television. 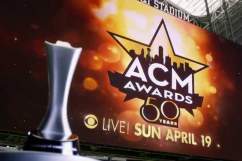