One of the stars of The Partridge Family has died suddenly at the age of 52. Suzanne Crough played Tracy Partridge on the hit 1970s show. She just turned 52 on March 6.

1. Her Cause of Death Is Still ‘Pending’

TMZ reports that Crough died at her home in Nevada. Though, according to her Facebook, she lives in Bullhead City, Arizona, close to the Nevada border. According to the Clark County Coroner, her cause of death is “pending.”

She was married with two daughters, Samantha, 28, who is in the military, and Alexandria, 24, one of whom is getting married this summer, according to TMZ. Her husband, William Condray, is a former highway patrolman is now a divorce lawyer in Bullhead City.

2. She Also Appeared in an Oscar-Winning Movie & Was Thanked at the 1978 Academy Awards

In addition to her role in The Partridge Family, she appeared in the 1978 Oscar winning movie, Teenage Father. She was thanked by the movies’ producer Taylor Hackford at the ceremony.

3. She Wanted to Get Back Into Acting After Her Kids Grew Up

Crough was last with her Partridge Family co-stars during a reunion on the Today Show in 2011. She said in an interview in the early 2000s that she would like to get back into acting but that she couldn’t risk her family’s stability to do so. She said:

I came to the age, at 20, that is hard to transfer to an adult. I had a good list of credits, but it’s just hard. So I went out for parts when there were some, and I traveled a little, had some fun, and then met my husband. I signed the contract to be in the “new” Partridge Family, but I was 6 months pregnant with my oldest daughter and moving out of L.A. The series fell through. I lived 1-1/2 hours outside of L.A. and played mom for about 3 years. I met with my agent and publicist, got pictures and then found out I was pregnant again. So I got a real job. I still say I would love to go back to acting, but after my kids are older. You can’t just drop everything and go out on a call and keep a stable life.

According to her IMDB page, her last onscreen role was in the 1980 TV movie Child of Divorce. Crough also had an extended seven-episode arc in the 1970s show Mulligan’s Stew.

4. She Said Danny Bonaduce’s TV Movie About the Partridge Family Barely Contained a ‘Shred of Truth’

She was the youngest cast member on the show, as the tambourine shaking Tracy Partridge. In 1999, she spoke out against the Danny Bonaduce produced movie about the singing TV-family. The movie, Come On Get Happy: The Partridge Family Story debuted on ABC and told the un-told story about the family. In an interview she said:

I know movies are not about truth. However, except for Danny’s personal life at home, for which I cannot speak, there was hardly a shred of truth…My jaw was on the floor.

According to a 1993 People Magazine feature, she had an off-screen romance with co-star Brian Forster during the filming of the show.

5. She Was the Manager at an Office Max

After leaving show business, she had been working as a manager at an Office Max in Bullhead City, Arizona. She told the Today Show in 2010 “I’m an office manager for Office Max…I have a normal job.” She’s a graduated of Pierce College in Los Angeles, Crough is a native of Fullerton, California. Prior to moving to Arizona, she owned a bookstore in LA. 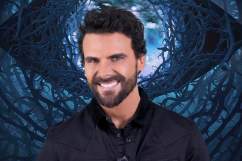 Read More
5 Fast Facts, Breaking News, Celebrities, Deaths, R.I.P.
One of the stars of The Partridge Family has died suddenly at the age of 52.