Taylor Swift has apologized to Nikki Minaj, possibly putting an end to a feud that sparked conversations about race, bias and gender.

I thought I was being called out. I missed the point, I misunderstood, then misspoke. I'm sorry, Nicki. @NICKIMINAJ

The “feud” started when Swift responded to a tweet Minaj posted about being slighted by the MTV Video Music Awards. Swift apparently thought the tweet was directed at her:

@NICKIMINAJ I've done nothing but love & support you. It's unlike you to pit women against each other. Maybe one of the men took your slot..

But Minaj replied that her tweet wasn’t about Swift:

Huh? U must not be reading my tweets. Didn't say a word about u. I love u just as much. But u should speak on this. @taylorswift13

Minaj’s video for “Anaconda” was not nominated for the VMA’s top award, while Swift’s “Bad Blood” was. Minaj and her supports explained that Swift and her fans missed the hip-hop star’s point.

I'm not always confident. Just tired. Black women influence pop culture so much but are rarely rewarded for it. https://t.co/2xOvJzBXJX

They're not missing the point, they're just attempting to overshadow the point. Oldest trick in the book. https://t.co/Y4dt1vKk6C

I'm so glad u guys get to see how this stuff works. Taylor took her music off spotify and was applauded. We launched Tidal & were dragged.

Ryan posted a headline of Taylor saying she loves & supports me. But not me saying the same to her. Lol. Their headline says I took a "jab"?

.@taylorswift13 stop using "support all girls" as an excuse to not be critical of racist media that benefits and glorifies you

nicki was making valid points about the history of racism in the music industry, taylor should be standing by her not making it about her

I'm baffled as to WHY @taylorswift13 felt the need to come at @NickiMinaj for speaking on behalf of unsung black female entertainers.. 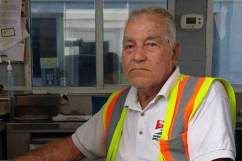 Read More
Breaking News, MTV, Taylor Swift, VMAs
Taylor Swift has apologized to Nikki Minaj saying she "misunderstood" the hip-hop star's tweet and "misspoke" in her response to it.